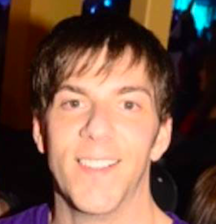 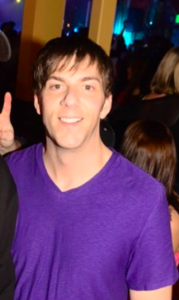 Lance Gloor: #44270-086
Age: 42
Children: 1 daughter
Raised: Washington State
Tried: Washington State
Will live: Washington State
Sentence: 10 year
Charges: Conspiracy to distribute marijuana. Manufacturing marijuana for Medicinal purposes, thought he was compliant with State law
Started sentence:  6-3-16
Served: 6 years
Release date: 9-03-2024
Institution: FCI Sheridan PO Box 5000 Sheridan, OR 97378
Accomplishments: Mentored other inmates, as they have often remarked about Lance’s encouraging words have got them through the day on a daily basis. Lance worked as a Unit Orderly which is very fitting for Lance due to his extreme organizational skills. Lance also worked in the Education/Law library to assist other inmates to obtain their GED. His primary goal is to prepare inmates to be productive citizens within society. Lance finished both a victim’s and maximum impact course, as well as a drug and alcohol education and rehabilitation course. As a well- rounded inmate, Lance also plays basketball and softball as an opportunity to utilize his “team player” skills.

Lance Gloor is a very strong-willed person with the God given motivational gift of Compassion. Being strong-willed, Lance is a very determined person who doesn’t give up easily. He is not lazy about what he wants. Lance has the ability to make a “dream” come true. Therefore, he sticks to a “dream” until it becomes a reality. Lance became interested in marijuana/cannabis and the many benefits it safely provides people of all ages. He became aware of the facts that this God created plant not only provides quality to people’s lives it also provides quantity to people’s lives. His “dream” of helping others in this field became more important. Having the God given motivational gift of compassion, Lance is compassionate, sensitive and aware of the needs and feels the hurts of others. Lance is a kind hearted, gentle and caring man, willing to sacrifice his own needs to help someone else. Because Lance realized there is an immeasurable need for people to have a safe and legal access to the benefits of Medical Marijuana/Cannabis he desired to make this happen. With the legal advice of the highly respected law firm, Harris Moure, his “dream” of helping others and operating Washington State LEGAL became a reality. Lance could now be there for others in need. He would be able to come alongside others and help them to bear their burdens with events, including but not limited to, food drives, clothing drives, toy drives, school supply drives, holiday meal giveaways, paying for grocery shopping, utility bills, funeral costs, and medication. All of this required “team” work. Then the turmoil in the form of raids began to take place. Washington State, Thurston County and the City of Lacey dropped all charges. The DOJ picked up the case. Because of Lance’s strong-will to make a decision and stick to it, his integrity, loyalty and his compassion to help and not harm others, he chose not to take any of the numerous deals offered to him by the Prosecutor, Vince Lombardi. Because Lance is strong-willed and compassionate, he feels the need to stand up for what and who he believes in during these very difficult times.

“ONE TEAM ONE DREAM”. My son, Lance Gloor was sentenced on June 3, 2016 by the Honorable Judge Leighton to 10 years in Federal Prison plus 5 years probation for helping others via Washington State Legal Medical Marijuana Dispensary. His charges are conspiracy to distribute and manufacture marijuana.  As you know, conspiracy carries a 5 year mandatory minimum sentence.  Jeffrey Kradel from Kradel Defense was Lance’s legal counsel for sentencing.  Mr Kradel had to withdraw due to the fact he is a trial attorney not an appellant attorney. I believe Judge Leighton wasn’t given a fair opportunity to know the real Lance Gloor.  Instead he had to listen to the prosecution team & longtime family friends turn against Lance as Federal witnesses testified to protect and save themselves and their futures from the same fate Lance now has received.  Lance exercised his 6th Amendment right to a trial.  Lance genuinely cares about & believes in the medical marijuana community as a whole. The entire court room was in complete shock when Judge Leighton sentenced Lance plus denied his Stay.

There was only one victim in this case = Lance, his family and loyal friends. Lance’s daughter, Ashley, was denied having her dad at her high school graduation June 18.  Ashley left for college July 10 without being able to share a see you later hug with her dad.  My parents are aging family members whom Lance was their part time care givers.  As Lance’s mother I am heartbroken beyond words.  Our family is incomplete without Lance. In our opinion, there was no justice served with this sentence and the denial of his stay!

President Trump, I beg you to please set my son free. He is a good person with a bright future if you will have mercy on him and our family.