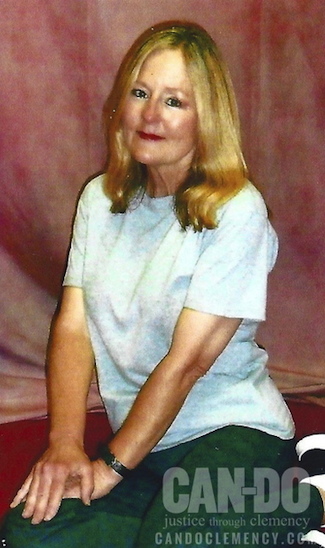 DOB: 11.22.1957
Age: 58
Children: 1 male, 1 female, 4 grandkids (2 each)
Race: White
Charge: Conspiracy to Distribute Meth
Sentence: 24yrs 2 months
Served: 9.5 years
Sentenced: 7/27/07 but locked up since 3/2007
Priors: 3 priors (3 charges running concurrent)
Incidents: NONE
Accomplishments Pre-prison: Received 3 promotions within a 10 month period at the College of Osteopathic Medicine 1986
Number one store when I managed Hickory Farms in 91-92 (after the 11 month prison term from 1990 charge)
Certified Apartment Manager for Rural Builders Council for the states of California-Nevada (worked and lived there in 1993-94
Accomplishments In Prison:
*Completed 11 month Change Program
*Completed from Texas A & M Horticulture Technician
*Over 100 different classes, from Values to Boundraies to many ACE classes and religious services classes
*Victim Impact to Boundaries to many ACE classes (adult continued education)

I have been involved in things in my past that I should not have done.  I introduced a friend I had known for over 20 years (dated on and off) to someone I had known back when my husband was alive. My formor husband died in May 1989. I did know and admitted I knew what they were doing. (I never even thought to lie about it) The reason I introduced them was because I was no longer involved with Meth and had not been for 10 years.  Of the two people I introduced, one i out and the other is deceased. I did not know any of the other 14 people I was indicted with. When I was arrested, I was only charged with conspiracy. I did not have any drugs. There was never any thing to charge me with other than conspiracy. I was the last one arrested. I was offered a Rule 35 (reduction of sentence) if I told on others, but I was not in the inner circle of this case.

Receiving clemency would mean the world to me because I want to be there for my family and parents.

My parents are retired teachers that are 81 and 82 years of age.  My papa had M.S.A. and is declining fast.  Mom cannot possibly take care of him alone.  My sister is a disabled Veteran that is living alone and has recently asked me to move in with her because she can not do the daily up keep of her house and daily living. (she lives two blocks away from our parents) My family needs me home and I regret that I am not there for them when they need me.  I would happily live with a leg monitor, just to be with them.

My husband died when I was 32 years old. I had never been in trouble in my life. I turned to drug dealing to support myself and kids because my job was not enough to make ends meet.  Now, I realize I was not thinking rationally and was driven to do things that I justified because I was desperate. I was too prideful to ask for help after my husband had died.

When I was asked “Will you help me? and “Will you introduce me,” I should have said “No” instead of being so stupid. I have learned and grown both emotionally as well as spititually.  I have never been violent or even had anger issues. If I had to stay till the out date I will be 70 years of age. What purpose does it serve to keep me here that long? That is even provided I live that long. I wish to give back to my family as well as community. Please give me the chance of to live life. I will not let any one down ever again. I pray for grace and mercy.