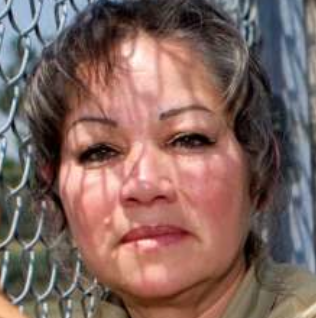 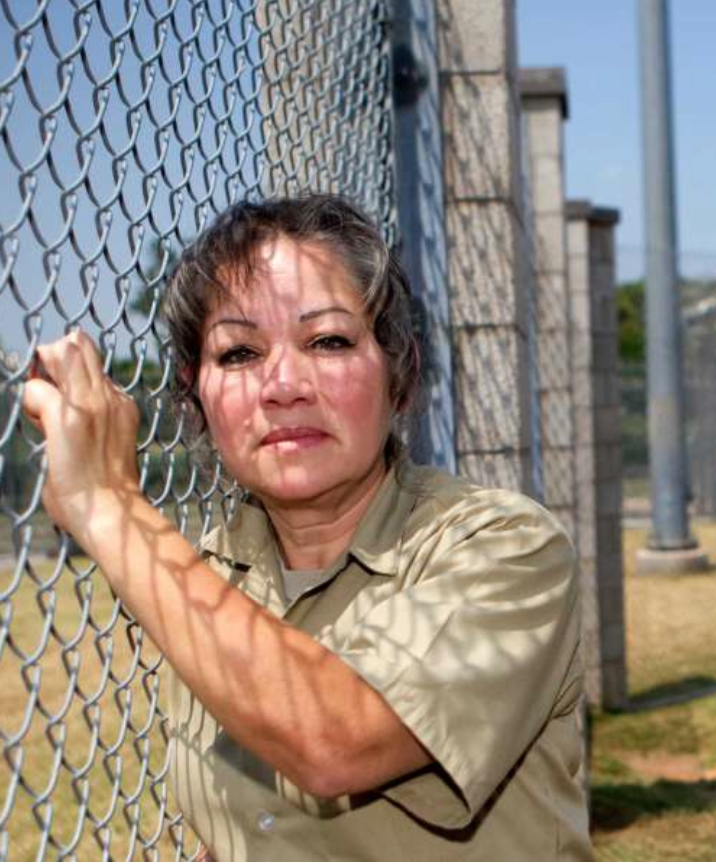 Elisa was released on May 30th due to compassionate release and is home with her family. We are overjoyed!

Name: Elisa Castillo 67003-179
D.O.B: 7/13/1955
Race: Hispanic
Marital status: Widow
Age: 64
Children: 4 two boys, two girls
Grandchildren: 12, all live in Dallas, TX
State Raised: Came to United States at age 13; lived in Dallas, Texas
State Charged: Texas
RELEASE: Will be deported to Mexico due to not being a citizen.
Charge: Conspiracy to smuggle at least a ton of cocaine/Conspiracy to commit money laundering
Sentence: Life Without Parole.
Served to date: 11 years
Started sentence: 3-20-2008
Priors: First Offender
Prison Conduct: Excellent
Clemency Status: CP14 filed petition but it was denied, Yale Law students also vetted this case and supported (see op ed below)
Supporters: CAN-DO Foundation, Crack Open the Door, American Kind Foundation, The LOHM Families for Justice as Healing, all my family, my church community, many in the institution
Institution: Elisa Castillo #67003-179
FMC Carswell
P.O. Box 27137
Ft. Worth Texas 76127
The ACLU commented on Elisa’s sentence in 2012:
… Castillo maintains that she didn’t know she was being used as a pawn in a cocaine trafficking operation between Mexico and Houston. Given her alleged role as a low-level player in the conspiracy, it makes sense that she was not privy to — and therefore could not provide — any valuable information to federal agents that could lead to the arrest and prosecution of the leaders or other high-level members of the alleged conspiracy. Since she was of no help to the government, Castillo received the harshest sentence of the approximately 68 people involved in the scheme!
Accomplishments: Over 1000 hours of programming such as GED classes, and many certificates of achievements for other classes.

Elisa is #6 on CAN-DO Top 25 Women and was included in an Op Ed written by Yale Law Students that was published in Mic on Dec 30, 2016

Castillo maintains that she didn’t know she was being used as a pawn in a cocaine trafficking operation between Mexico and Houston. Given her alleged role as a low-level player in the conspiracy, it makes sense that she was not privy to — and therefore could not provide — any valuable information to federal agents that could lead to the arrest and prosecution of the leaders or other high-level members of the alleged conspiracy. Since she was of no help to the government, Castillo received the harshest sentence of the approximately 68 people involved in the scheme

My parents, Jesus and Dolores Castillo of Mexico, migrated to the US in 1955 where my father was employed by a construction firm. My mother was a stay at home mom and wife who raised all nine of us while my father provided for our family. I was 13 when my father brought us to Texas. I attended school at Memorial Junior High School, studying basic studies in Garland, Texas. I dropped out the following year, because I chose to help my father support our family. I worked in the El Chico Restaurants Warehouse Factory. When I wasn’t working, I helped my mother who taught me all she could. At the age of 18, I began working in an optical warehouse where my employment extended for 23 years. At 26, I married my husband. We were married for 23 years and raised our four children. In 2006, my husband died, leaving me a widow to care for our children. My older children were married but I had the two youngest to raise alone.

At this time, a friend, Martin Ovalle, and I were running a bus transportation service bringing coworkers to and from the American Consulate in Monterrey, Mexico to the East coast to work using legal permission visas for 6 months. One day, my co-defendant, Mr. Ovalle, came to me to discuss a man (Patricio Galavis) who had a bus company in Mexico and was interested in the same business we provided. This man was lacking a DOT licensing number, so he continued to ask to borrow or rent ours. I continuously said no. Although I was suspicious of this man and the deal offered, I finally agreed to let him pay to borrow the DOT. However, he never paid me anything. I signed a contract for the company and, without my knowledge, P. Galavis made copies for other companies!

My crime was by association with this man who rented the DOT license and transported illegal drugs. I had no idea this P. Galavis was committing illegal crimes.  I am currently serving a Life sentence at FMC Carswell for Conspiracy and Money Laundering.  I remain terribly upset and disgusted knowing that this man, who I trusted, lied to me when I believed he truly wanted to help these people obtain employment. I am a non-violent person who has NEVER used drugs, cigarettes or alcohol. I am in a low-level points category without any ties to any criminal organizations. I have never been associated or familiar with anything to do with illegal drugs of any kind, including marijuana.  I would like everyone to know I was not involved, much less in agreement, with smuggling illegal drugs into the US.

Currently while serving a Life sentence here at FMC Carswell, where I arrived at age 54, I decided that this is not going to bring me down. During my sentencing, my youngest son suffered a stroke due to losing his mother after already losing his father. In April 2016, I had my last visit with my elderly mother and she passed away in November. And, in addition to grieving my mother‘s passing, in January 2017 I was denied sentence commutation by President Obama!!  The only motivation that keeps me from having a breakdown is my faith in God. He has carried me through because He truly knows the truth! My children, family and best friend support me 100% because they know I am innocent. They will be waiting for me when I leave.

I cannot change where I am, but I can make the best of it by continuing to have hope and believe that one day, justice will be served for me.  The truth will set me free not only from behind these bars, but also from my personal prison as well. I will continue to respect and obey the rules and regulations of the prison and take advantage of the programming they offer so that I will continue to be a valued and respected citizen of my country while serving God, my community, and my church.

My prayer is that God will call on President Trump and his other administration officials to grant me sentence commutation and give me an opportunity to live the reminder of my life as a free citizen. I long to be released and be with my family and friends and to demonstrate that I am a capable and worthy woman.  Please God, grant me my prayer. Mr. President, please let me be reunited with my family and grandchildren. I do not want to die in prison when I should be with my family.

I pray my story will touch the hearts of those reading it and see within yourselves compassion and mercy to give me a second chance at living again and to have my life back.