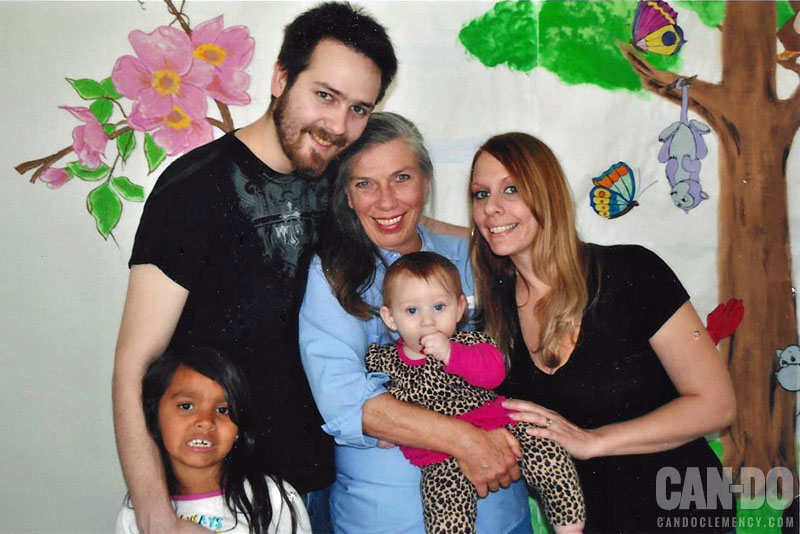 Dr. Marion “Mollie” Fry sent an email to say that she will be released on March 31st!

She sent CAN-DO and email: Hi Everyone,
I just got the word, I leave Tuesday March 31. I knew it would be soon but I did not think it would be this quick.
I am so happy to finely close the book on this part of my life and to start a new one.
I will be leaving at 8:00am to go the Fresno, hopefully that will be a very short stay.
As this part ends I am grateful for so much love and support and ready to get going on the future.
Love you all,
Mollie

Dr. Mollie Fry called Amy of CAN-DO to tell her she’s in the half-way house in Fresno, which also has razor wire around it – something we’ve never heard before, but she is optimistic that she will soon be moving to Sacramento to live near her son.

Clemency: Petition was filed with the Pardon office in 2012
Institution: FCI Dublin – Camp

Dr. Marion “Mollie” Fry’s linage includes seven generations of doctors. Her grandfather,  Dr. Francis Marion Pottenger is celebrated for being at the forefront of curing tuberculosis in the early 1900s, founding the field of Internal Medicine in the process. Her grandmother studied under Carl Jung, and founded a Jungian Institute at the same time her mother became a physician.  Dr. Fry inherited her cutting edge, progressive attitude from her  ancestors and embraced the medicinal benefits of cannabis, which became critical to not only her patients health, but her own, as well.

She and her civil attorney husband, Dale Schafer were growing marijuana within the legal limitation of CA Prop 215.  She used cannabis to medicate herself following a double mastectomy and subsequent chemotherapy treatments, and shared her yield with patients (under CA law) who were suffering from a wide range of ailments, including AIDS and cancer. Dr. Fry and Dale Schafer surrendered to federal authorities over 3 years ago due to complications that often arise because the federal government is in conflict with state’s rights regarding medical marijuana.

More than six years of litigation and three years of appeals rendered a “no defense” decision due to the philosophy that federal jurisdiction trumps state law and that marijuana has no medicinal value.  Dr. Fry was prevented from using any reference to “medical marijuana” in court due to the prevailing federal edict that marijuana contains no medicinal properties and thus, cannot be raised as a defense, nor referenced in the courtroom at any time.  Hence, Fry could not even explain why she was in possession of the substance that was saving her life due to its antiemetic properties, among other beneficial properties necessary to regulate Dale Schafer’s pain.

In addition to the 5 year sentence, Dr. Fry will never be able to work in her field of medicine again due to her felony status, even with a commutation of her sentence. Therefore, her punishment far exceeds the 5 year prison sentence. Her medical education, career, and expertise in the medical field are essentially worthless insofar as a career, which is a travesty to all the patients who might benefit from Dr. Fry’s future care.

I am grateful for every aspect of my life – the hard times and wonderful ones, the difficulties I have faced throughout my life compile such an extraordinary journey that this time in prison is relatively minor. Many of the woman in here feel that prison is the worst thing that has ever happened to them. For me this is not so. This has been difficult but I have been through much worse. I have taken this opportunity to strengthen myself mind body and spirit and I will emerge from this time victorious.

“All advances in society and science require sacrifices. The medicinal value of marijuana is becoming acknowledged because of the conflict between the will of the citizens and the federal government. The  truth and the will of the people, will triumph over political posturing. I plan to emerge from prison to resume a productive life in spite of my losses.”