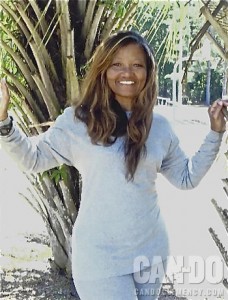 Deniese’s involvement consisted entirely of taking a few phone messages and exchanging cash four or five times at banks. Deniese’s husband ran a recording studio and temp agency and Deniese believed she was exchanging money earned in legitimate businesses, which it was not. Her now ex-husband has provided an affidavit which clearly states, “Deniese did not know the illegal source of the money. Deniese believed the money was coming from legitimate businesses.” Deniese received approximately the same sentence as the other members of the conspiracy who were actively involved in the importation of heroin.

Deniese would be free today if her trial judge’s sentence — 14 years, three months — had been followed. The judge reduced her sentence because of the harm its length would cause her only child. An appeals court ruled that harm to children was irrelevant. Deniese, a firt-time offender who’d played a minor role in a drug conspiracy, was then sentenced to 19 years and seven months.  Her son graduated from college this year.

I have one child who has a Bachelor’s degree and there are no word to express how proud of him I am and sorry that I have was not there for him throughout his amazing life. He has overcome so much and I am forever indebted to my incredible,  loving family.  All my sisters did an amazing job of raising my son (for the last 15yrs). All my sisters suffer from health issues.  I need to be there for them during their time of need. I thank God for blessing me with a loving family.

I’ve taken countless classes/courses and have programmed above what the BOP requires. I’m a Yoga and Meditation instructor for the ladies here. I sing in the Choir and Praise Team.