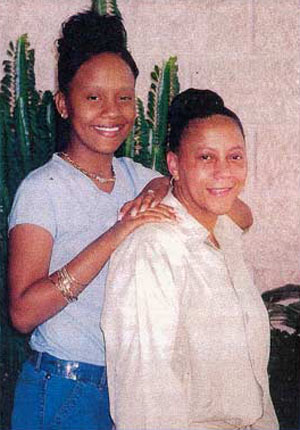 Cynthia Clark began dating and was aware that her boyfriend, Stanley, was selling drugs while they were living together. She rode with her boyfriend on several occasions to the airport when he was picking up a guy who sold drugs. On one occasion, Cynthia dropped off some drugs at the house of a drug dealer for her boyfriend. She also wired money through western union for her boyfriend and spent some of the illegal proceeds. Cynthia readily admits that she was wrong for participating in her boyfriend’s drug dealing and believes that she should be punished, but it is a travesty of justice that Cynthia received the same 30 year sentence as the undisputed leader of the conspiracy. Cynthia is a first time offender who has already served 14 years and deserves a second chance.

Barbara Sanders was Cynthia Clark’s trial lawyer. She wrote a letter to the President supporting her clemency in which she stated the following:

“This case was my first federal trial. The guidelines were new at that time. Not every lawyer knew of the harsh application of Pinkerton Liability.

“Ms Clark is a very mild-mannered, easygoing person. She got romantically involved with a drug dealer, in part out of economic necessity. She was from a large, poor family in [Havana] Florida.

“I realize that you will be inundated with clemency petitions, some controversial, some meritless. But, I am hopeful that Ms. Clark will catch your attention. She did not deserve this harsh sentence. Society will not by in any danger if she is released.”

When I went to prison my daughter was only 7 years old. I can’t believe how horribly foolish I was to ever involve myself in something that would or could jeopardize the future of my child and/or cause us to be separated for even one day, much less 30 years. It is a horrible burden to carry this upon my conscience every day of my incarceration but that is the price I have paid for my wrongdoing. It is my deepest hope that I be allowed to reunite with my daughter, who had to be raised by my now deceased 82-year-old mother.

In the event I receive clemency, I promise that I will do everything in my power to make my daughter and family proud of me. Prior to this, I had never even gotten a single traffic ticket. If my attorney had known about the new federal laws that had been passed, she would have advised me to plead guilty and I believe that I would have followed her advice. Every day I must pay for my mistakes, but I can,t help but reflect on the notion that I would probably be home today if my attorney had properly related the number of years I faced due to the conspiracy statute that would hold me accountable for everything my boyfriend was guilty of doing. By simply committing one act, the law stated that as a co-conspirator I was guilty of everything he had done, even before I,d met him! A “reasonable” foresee ability clause changed that law several years after I was convicted, but I never received the benefit of that change in the law. Nor, will I benefit from the latest Supreme Court decision that prohibits prosecutors from enhancing a defendant at the sentencing phase for facts that should have been determined by a jury. My only hope is that the President of the United States will have mercy on me and exercise his power of executive clemency by granting me a second chance on life.