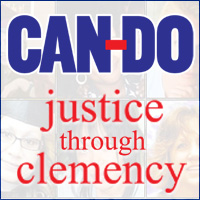 Who Can Be Charged? – Anyone who has any type of agreement or knowledge in connection to others who have the intent to commit drug law violations, (whether or not the accused ever participated in the act) can be charged. When two or more people agree to possess, sell, manufacture or distribute illegal substances, each person can be charged, even if one of them is unaware of the activity. Innocent people who unknowingly participate in drug conspiracies also may be charged. For example, if you loan your vehicle to someone who then uses it to deliver drugs and is caught, you may be considered a participant.

There does not need to be a written or oral agreement, just a common understanding. This can be inferred and or established based solely on the word (testimony or de-brief while under duress) of a cooperating co-conspirator. No tangible evidence is necessary to support a guilty verdict. In order to receive the benefit of a plea bargain to reduce one’s sentence, you must plead guilty and “cooperate. ” To receive the benefit of a plea agreement, cooperation in that context means to provide “substantial assistance.”   The legal term “substantial assistance” has specific criteria:

Any person who attempts or conspires to commit any offense defined in this subchapter shall be subject to the same penalties as those prescribed for the offense, the commission of which was the object of the attempt or conspiracy.

Did you know that people can be charged and convicted for conspiracy to possess with intent to distribute drugs without ever possessing, distributing or selling drugs?

Did you know people can be charged and convicted for conspiracy to import drugs without ever importing any drugs?

The only applicable word in the charge is “conspiracy” which means that if you know, live with, or are loosely associated with someone in the drug trade – you can be labeled a “co-conspirator” and are considered to be equally culpable for all the illegal actions others committed, including people within the conspiracy that you have never met, or heard of.

Once indicted for conspiracy, there is very little one can do to escape a 10-LIFE long sentence.  The length of a sentence is determined based on the amount of drugs alleged to have been sold, manufactured, imported, transferred, or distributed by any number of witnesses.  Typically the evidence against a defendant that proceeds to trial is largely based upon the testimony of co-conspirators who are eager to curry favor by pointing the finger at anyone who will not cooperate.  Hence – one’s fate is almost sealed the minute a citizen refuses to accept a plea agreement or become a working informant. It is then, that the full force of the federal Department of Justice will apply it’s weight to convict a nonconformist for CONSPIRACY.  It is almost impossible to prove one’s innocence since the evidence is based on non-tangible, evidence.

Broad Reach of Drug Conspiracy Accusations – The broad reach of conspiracy laws can allow charges and convictions to be levied upon persons who did not even know each other. The prosecution also can use the conspiracy statute to charge several people with the same crime. In some cases, people can even be charged twice for the same charge without double jeopardy protection. Most federal drug indictments also include a drug conspiracy count. People who merely discussed committing a crime can be charged even if they did not participate in the action.