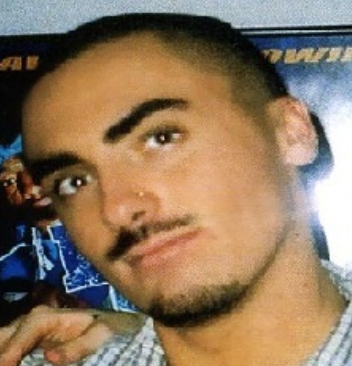 Congratulations to LUCKY #7 Weldon Angelos who walked out of prison on June 3rd, after a long journey.  CAN-DO Founder Amy Povah spoke to Weldon recently and was happy to hear that Weldon will be speaking out on behalf of others who are still waiting to receive similar good news.  It is long overdue for so many waiting in the pipeline.

Please consider contributing to Weldon’s fundraiser on change.org so he can buy a car!

Weldon Angelos, the son of a Greek immigrant and founder of a rap record company, was accused of selling marijuana to a police informant on several occasions worth a total of $350; the witness stated that Angelos had a firearm strapped to his body.  Between May and June 2002, Salt Lake City police set up a series of controlled buys from Weldon, whom they suspected was a member of the street gang Varrio Loco Town. Police arranged for an acquaintance of Weldon’s to act as a confidential informant (CI), hoping to prove Weldon’s involvement in trafficking large amounts of marijuana. The CI purchased ½ pound of marijuana from Weldon on two separate occasions. According to the CI, a firearm was visible in Weldon’s car during the first buy. During the second controlled buy, the CI alleged that Weldon was wearing an ankle holster holding a firearm. Police searched Weldon’s home in November 2003 and found additional guns, drug paraphernalia, and other evidence that officers claimed indicated his involvement in drug trafficking and money laundering.

At sentencing, Judge Paul G. Cassell called Weldon’s punishment “unjust, cruel, and even irrational,” comparing it to much shorter federal sentences given to repeat child rapists and airplane hijackers. Judge Cassell wrote a 67-page opinion urging President Bush to commute Weldon’s sentence to 18 years or less. Unfortunately, none of these efforts proved fruitful.

Despite health issues, Weldon has taken classes in computers, psychology, philosophy, public speaking and history, and has completed the Dental Laboratory Manager program. Weldon’s relationship with his wife suffered as a result of his sentencing and the two are no longer together.