President Trump unveiled one of his top legislative priorities before Democrats take over the House of Representatives: passage of the First Step Act, which would reduce some prison sentences. Though he still must win a tug-of-war within the Republican Party to get that bill through, he has a Plan B — and he doesn’t need Congress for it.

That would be the creation of a White House clemency commission to supplement or replace the Justice Department’s opaque Office of the Pardon Attorney, which critics say is inherently biased in favor of prosecutors. 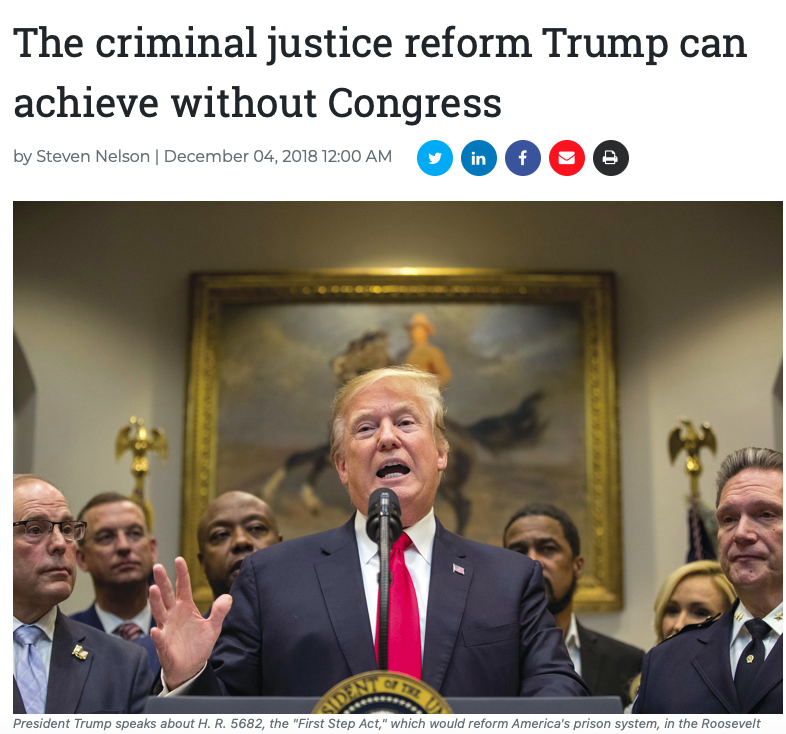 A new clemency commission can be created without Congress. The idea has support from both left-wing and conservative advocates, who note Trump’s repeated musing about the unfairness of the criminal justice system, including a remark in October that “a lot of people” are in prison for “no reason” and that he was “actively looking” to address that.

“Now is the perfect opportunity for President Trump to show Senate Majority Leader Mitch McConnell who’s the boss,” CAN-DO Foundation founder Amy Povah said recently. “He can commute the sentences of hundreds, if not thousands of prisoners who would qualify for an immediate release if First Step passes with one stroke of the pen.”