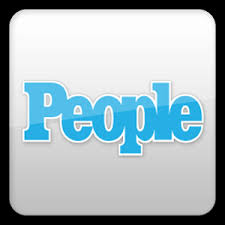 Angie Jenkins, Ramona Brant and Amy Povah are featured in People’s Online Magazine as the REAL WOMEN of Orange is the New Black.

Netflix is releasing the new season of Orange is the New Black and People Magazine provides a glimpse into the “real lives” of the characters on OITNB, to wet the appetite of all the OITNB fans.

But People Mag. took it a step further and contacted CAN-DO Founder Amy Povah because they were looking for Angie Jenkins. The reporter looked over the CAN-DO website and was amazed at what she saw – so many women with unbelievable stories – first time offenders serving 20 – LIFE for drug conspiracy cases.

Angie Jenkins believes her prayers were answered after putting out a call for some financial assistance. Soon thereafter, this offer from People arrived in our inbox, which paid all three women $1,000 each since this is a promotional piece for OITNB.

Angie, Ramona and Amy are all strong believers in the power of prayer, so it wasn’t a stretch to believe this opportunity arose in response to Angie’s plea for help. CAN-DO believes in giving credit where credit is due – this opportunity for ALL THREE WOMEN, came to CAN-DO because People was looking for Angie

Jenkins!  Ramona Brant is a tireless advocate for women in prison and is currently traveling the nation to shine a spotlight on domestic abuse survivors.  Both Ramona and Angie had lunch with President Obama, and personally thanked him for commuting their sentences.

CAN-DO Founder Amy Povah is a clemency recipient under President Clinton and started the CAN-DO Foundation after her release because she vowed to help the women she left behind. Angie Jenkins and Amy met at FCI Dublin and became friends. They used to sit in the law library and marvel over how they ended up in prison for decade-long sentences as first time offenders.  Post-release, Amy remained in contact with Angie and started communicating with Ramona Brant in 2009, encouraging her to file for executive clemency. After President Obama launched Clemency Project 2014, Ramona was ready and fired up. Now free, all three women are friends and advocate for the women they left behind.