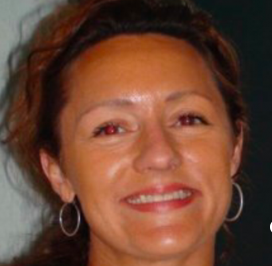 According to Celeste:
I was sentenced to 30 years for CONSPIRACY TO POSSESS WITH INTENT TO DISTRIBUTE A CONTROLLED SUBSTANCE (namely meth). I had not been convicted of a felony in 23 years. I was convicted as if I were a career criminal.

Where does my story begin? It could begin when I was a small child in the 70’s and my father was selling drugs and bringing them into America by the shipload. I could tell you how he was abusive to my mother but treated me with the respect of a queen. I was traumatized by the fact that she left him and we had to start a new life somewhere else.
The truth is, I have had every advantage and every opportunity by some measure. But now that I am older I know the truth. I know that we as women in this world have to learn about BOUNDARIES and we need COPING SKILLS and the ability to say NO. I only just learned about this sort of thing here in RDAP.

The bible in Ecclesiastes, describes VANITY as the attempt to fill the hole within us, the hole that was meant to be a space for our creator, with other things. I have filled my hole with many things, drugs being one.

In the 80’s I was a fun, artsy, party girl. But when my Daddy died, all bets were off. Drugs and the way they mattered to me changed. It was not fun anymore, it was a means of coping. A way to be numb. I was arrested for selling to an undercover several times and placed in prison for 25 years. The thing that seemed unfair was that the police knew that I was just a middle man, taking his money and putting it with mine to get a better deal. They convicted me as if I were a kingpin, because I refused to co-operate.

After 5 years of a Texas prison, I was broken. I had been exposed to too much, sexually assaulted and degraded to the point that I felt I no longer fit into my little world that had been waiting for me….with my sweet husband who had stood by me. Instead I was hell bent on righting the wrongs. I formed a class action civil suit and went on to expose the prison for all of it’s filth. We were on HARD COPY AND AND INSIDE EDITION and my family didn’t understand why I could not just quietly go on with my life. I had 20 years of parole to complete.

In my broken-ness, I met a man who made me feel alive and strong at first but in the end, he was abusive and used my parole as a tool to control me. At one point it was so bad that the law firm that I worked at as a paralegal had to be evacuated from the threats he was making. He promised I would be dead, be with him or be back in prison. Finally I got away. I returned to my family and made a good life for myself.

I had a wonderful reputation as someone to call when anyone needed help. I am that sort of person. I like to get up early and hit the ground running. I never hesitated when the great city of Nashville flooded, I was up in tent city taking supplies and installing temporary showers. On a regular basis on a Sunday afternoon you could find me serving food downtown. I would take days off my regular schedule to paint the high ceiling walls of an elderly couple for half of any bid. I love people, I love life, and I love being helpful.

But still, there was this hole in me that craved to be loved. Is that normal, I still don’t know. So I connected with a man on fb who I had briefly known in school. We communicated daily and seemed to have so much in common. I could see us having a life together. He was gentle and kind. I guess it’s important that you understand that I have these crazy hang ups with food and nutrition… I am sort of a naturalist and the food and the way people were living was sort of freaking me out.
When my fb friend and suitor told me about a place that was kosher killing their own clean animals and making their own cheese and living in a very “back to basics way” I was very excited. I travelled to Texas and attended my first feast as the place he was member. I was blown away by how nice everyone was. I have written before that joining a cult is much like hooking up with an abusive man, they never hit you on the first date. Instead, they wooo you….reel you in.

I married him. As with everything I had always done, I tried to be the best wife possible. We lived a double life sort of. Our house in Fort Worth was where we slept and worked Sun thru Friday and we worked well together. I was in excellent standing with parole and we lived in a lovely neighborhood and went for walks and held hands. I felt safe and for the first time in my life I felt a sense of permanence. Two hours away, we had another house where we would spend the Sabbath and work at the House of Yahweh. At some point, my spirit began to feel conflicted. I began to question things there. When I tried to approach my husband, he was not receptive. Suffice to say, he divorced me because I wanted to stop attending.

I relapsed the next day…..after many many years of sobriety, I turned to my best idea of coping and got high.
2 years later, I had a 30 year sentence.

Why I deserve clemency:

There are so many things wrong with sending someone to prison for 30 years in response to the fact that they engaged in a drug lifestyle; buying, using and selling drugs for 2 years. Are we so rich a nation that we have no better way to spend our money than to house me at the rate of $35,000- 50,000 a year for 30 years when instead I could be paying taxes and helping to fuel an economy? My crime has no victim, standing and shaking their fist, demanding I remain here. I am here because I told on myself. The police staked out my house and saw nothing. I read the report in my discovery. They pulled me over and searched my car and found nothing. They searched my house and found nothing. Yes, I was dating a guy off and on, who I also bought drugs from and yes, eventually I became more involved in the affairs of it all. I remember the day clearly, that he had the idea that we should make an investment in some meth in order to basically get the drugs we were using for free. I cried and told him that it was not a matter of IF BUT WHEN, we would be incarcerated for this. I totally knew better. But I was on drugs and it’s a slippery slope. When I am teaching boundaries in a class I always describe it like this: One day you wake up and you decide that instead of sticking to the daily schedule, you instead go somewhere, perhaps to a bar and drink in the afternoon because you just simply could not cope with your life that very day and then somehow you end up at someone’s house, doing things you swore you’d never do. Before long you are okay with giving someone a ride that may have drugs on them. There are so many possible pitfalls. It’s like there is a hula hoop around you that protects you and keeps you safe but you keep allowing it to stretch more and more until one day you are not the person you once knew.

The truth is this: Everyone on this Earth has one thing in common and that is that we all have 24 hours in each new day. The simple difference of any two people is what they choose to do with those 24 hours.

Now, I spend my days writing curriculum for classes, teaching classes and trying to reach out to the young girls here to become empowered. I teach them about boundaries and how important it is to say no. I use my story to help them see the seriousness of it all. I teach them the importance of loving their children in a way that gives them power and security.

Every day for me is an opportunity. I will continue to be helpful here and joyful. But the truth is that I have a family, who misses and loves me and needs me. I am my mother’s only daughter and she is getting to the age where she needs me more than ever before.

I plan to return to being an asset to my community. Having completed RDAP, I have the coping skills and cognitive understanding of myself that I have been missing.

I am not a threat to society.

I have a very clear vision of what I need to do, post release. My goal is to bring opportunity to ex-offenders in a positive way by teaching them how to do things that are a win for the Earth. Ultimately I will have a large plot of land and a warehouse where I can train ex-offenders how to do 3 or 4 basic things: Grow hops, veggies, and maybe hemp and how to renovate a house in a green way making it more energy efficient. This will include leering how to install spray foam insulation and how to build a green roof. I plan to show them the benefits of paying it forward in society by going into disadvantaged neighborhoods and making homes more energy efficient, at no cost. In order to reach that goal, I plan to have clients that pay a fair amount for the same services. We will also make money by selling hops to the local breweries in San Diego.

I would also like to use the property as a community outreach center, where young people can come and learn about living a good clean life that is respectful of the earth and their neighbors.