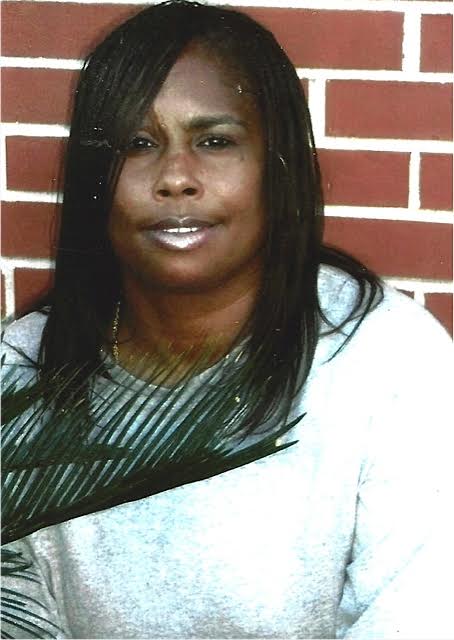 I was a drug user and do not consider myself a drug dealer because I never profited from the sell of drugs.  On March 28, 2005 I admitted myself into rehab and was getting help when I was indicted.

I am serving a life sentence for conspiracy with the intent to deliver 87 grams. The 87 grams was never delivered. I was present on two occasions – the total for both buys was less than 26 grams.  I never received any money for either buy.

I had four male co-defendants; one being my husband. Each one of them were either in possession or sold to a confidential informant.  Two of my co-defendants testified against me, stating I sold them drugs.  I was convicted on testimony alone – no proof.  Both co-defendants received 36 months. The informant was paid of his “substantial assistance.” was labeled a main transporter for my husband.  He has recently passed away,but efore he passed he got 10 yrs. off his 30 yr. sentence. Despite my minor role of being there on two buys by the paid informant, which totalled less than 27 grams, I received a life sentence for conspiracy of 87 grams.

My husband received a 30 year sentence and became ill while in prison and passed away.

When Carol was violated by probation, several media outlets reached out to the CAN-DO Foundation regarding Carol’s recidivism. We provided the following STATEMENT from CAN-DO and stand by her and our support of her clemency. Addiction should not be treated as a crime!:::

To be clear, Carol suffers from addiction. It was the reason she was indicted, convicted and received a life sentence.  It is also the reason why she has been sent back to prison.  Carol has not harmed anyone other than herself.  Putting drug users in prison is not appropriate for a civilized society or a suitable allocation of tax dollars.

The CAN-DO Foundation supported Carol Richardson’s clemency and placed her as #8 on the “Top 25 Women” seeking clemency because we gave priority to individuals who were serving life sentences, especially under the 100 to 1 ratio regarding crack cocaine sentences that were prevalent in minority communities versus powder cocaine favored by white people.   President Obama addressed the injustices associated with the discriminatory crack cocaine sentencing laws that harshly impacted minority communities as one of the main reasons why he launched Clemency Project 2014.   The CAN-DO Mission statement prioritizes cases where women are indicted for “conspiracy” due to their proximity to drug activity because we know, first hand, that women are often tossed into the indictment, not because they profited from the drug trade, but because they were feeding a habit or in a relationship with a man involved in the drug trade.  Often, when the major dealers are arrested, they are offered sentence reductions if they will provide “substantial assistance” and provide more names that can be added to the indictment. Often, that will include anyone associated even slightly to the drug activity, including women who may have been a courier in exchange for drugs, or given very little money to feed their habit.  Tragically, Carol fell into this category.  Her case is a perfect example where the woman was the least culpable yet got the LONGEST sentence thanks to the abusive conspiracy law that transfers guilt from one co-conspirator to another.  The total amount of drugs attributed to an entire network of people will land squarely on those who do not recieve a plea bargain, at the expense of those who do get a deal.

In a letter, Carol wrote: “I have four male co-defendants.  My husband received 30 years.  He has gotten a sentence reduction to 20 years. Two co-defendants received a 5K1 (sentence reduction) for their testimony against me and my husband.  The other co-defendant served 5 years.  During most of these [alleged] transactions I was in a treatment center for drugs and was labeled as the main transporter – as you can see I was present twice totaling less than 27 grams.  I received life for conspiracy. My PSI (pre-sentence investigation) and the testimony, as well as statements made in court contradict one another.”

Carol has always been forthcoming about her drug addiction and what caused her to associate with drug dealers.  She claims she was a “daily user” and even sought help for her addiction prior to her incarceration but never completed it.

Carol sent CAN-DO a copy of her Pre-Sentence Report and numerous letters while she was incarcerated.  We have reason to believe she no longer had access to medication that she needed to cope with certain medical conditions. She suffered from bi-polar disorder and it is doubtful that anyone assisted Carol with her medical issues, post release.  She also sent us a copy of a certificate showing that she had completed the 40 hour “Non-Residential Drug Abuse Program” completed on July 7, 2015 – just 8 months before she received clemency.  In our experience, this 40 hour drug program does very little to help a person fighting drug addiction. Instead, it is more of an introductory class that focuses on a variety of drugs, the side effects, and drug culture.   Carol needed access to the 500 hour residential drug program, which she never benefited from.

The Bureau of Prisons does not offer the 500 hour drug program referred to as RDAP to people serving LIFE sentences.  The justification is that the BOP does not believe “lifers” will  return to society and therefore do not make those resources available to them.   This policy needs to change.  Everyone needs access to rehab, especially those who have fallen prey to our current “zero tolerance” drug policy that locks people up for decades or even life, due to a non violent crime or, as in Carol’s case, a drug addiction.

We also know that prisoners who have served 10 or more years suffer from post traumatic stress disorder, especially when they are tossed back into society and expected to bounce back as if they had only been gone a month or two.  Having been out of society for long periods makes it extremely difficult to find employment, housing or transportation required to hold a job. Although billions of dollars are being allocated to re-entry issues, we have yet to see a case where those funds are actually trickling down to the people coming out of prison when it comes to helping them purchase even basic necessities, such as a smart phone, computer, clothing, food, etc.

We are very concerned to hear that Carol Richardson has been sent back to prison for various probation violations that appear to stem from her drug addiction that has gone untreated.  The system has failed Carol, yet again.  It will be easy for some to point a finger at Carol and justify their support of harsh mandatory sentences as a necessity to keep people locked up, when we feel Carol’s current situation is proof that we desperately need to overhaul our current drug policy that treats addiction as a criminal issue, rather than a medical issue.  Imagine locking up an alcoholic for life simply because they suffer from a disease that science claims is often genetic.   In the 1980s this country demonized people who associate with illicit drugs as undesirables and we have yet to unmask the true motivation behind an era that CAN-DO refers to as “the dark ages.” Sadly, Carol is proof that our leaders in D.C. are far from enlightenment when it come to compassion and empathy for their fellow American citizens they represent.