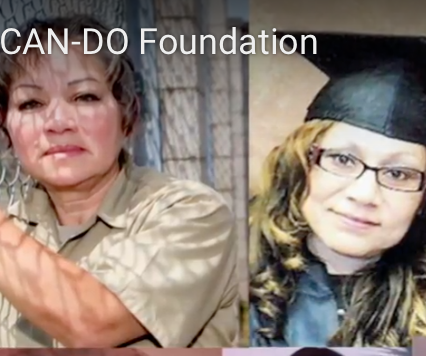 We have started a new petition on Change.org seeking support for a reversal of Attorney General Jeff Sessions directive to escalate the drug war, seize more property, treat the opioid crisis as a criminal issue and allow the DEA to hire their own prosecutors!  He is determined to grow the already bloated prison industrial complex and undo the incremental progress we have made over the last 10 years! We must push back by raising our voices against any return to the ‘tough on crime’ battle cry of the late 80s and 90s that has cost taxpayers billions of dollars with no positive results to show for such a colossal waste of money and human potential.

CAN-DO assisted 44 women out of 105 that received clemency by the Obama administration, but so many were passed over who are patiently waiting their turn.  Read out petition to understand how Jeff Sessions is erroneously misleading the public by claiming there are no “low level drug dealers” in federal custody.

Every war has an exit strategy except the drug war. There is no longer even a pretense that we can create a “drug free society,” and yet, the monstrous drug war budget is annually increased year after year with no end in sight. It destroys far more lives than it saves and has crowned the U.S. with the anti-humanitarian trophy for having the largest gulag on the planet that even exceeds the incarceration rate of communist countries, such as China.

Together, we CAN-DO this!  Sign our petition and share on social media – it only takes a few seconds and means so much to those who have no voice.