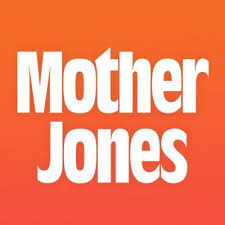 CAN-DO Founder, Amy Ralston Povah was squirming in her seat during the White House convening on Women in Prison on 3/30/2016 because she had just dropped off her dear friend, Angie Jenkins, who she’d served time with at FCI Dublin during the 90s at the White House gate.  Unbeknownst to both of them, Angie and a few select clemency recipients would be having lunch with President Obama that day.

The reason Amy was squirming is because she was given a head’s up that clemencies would be announced that day.  So she reached out to Bryan Schatz, of Mother Jones who has reported on clemency and CAN-DO for the last couple of years and asked him to please notify her if he heard anything.  Sure enough, within an hour, he sent her the list and soon thereafter sent her a text asking for a quote, which is in this article: Obama Has Granted More Commutations Than the Past 6 Presidents Combined

But he’s still far short of his goal.

“It was hard to sit still, while scrolling, looking frantically for the names of some of my most beloved friends,” said Amy.   Alice Johnson, Danielle Metz, Josephine Ledezma, just to name a few…and BINGO – there was Carol Richardson, Dwayne Twane Walker, Angela LaPlatney, Robin Shoulders, Robert Anderson, and Michael Yandal.  Congratulations are in order, but once again, “my heart is heavy for those who did not get the news they have been anxiously waiting for.”

Still, the trip to the White House renewed our faith that something wonderful will happen for the people that CAN-DO is advocating for.