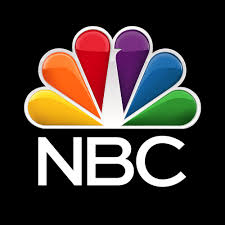 Amy met Robert’s sister, Veda Ajamu, in 2014 while attending an event in Washington DC.  She was moved by Veda’s passion to raise awareness for her brother who was serving a life sentence.  Later, his sentence was reduced to 30 years due to Amendment 782.  Unfortunately he has already served most his draconian sentence.  With or without First Step he will come home in 2019, but knowing that he could be eligible for an immediate release was a hard-won victory to Veda’s long journey as his advocate.  Please watch the interview on NBC 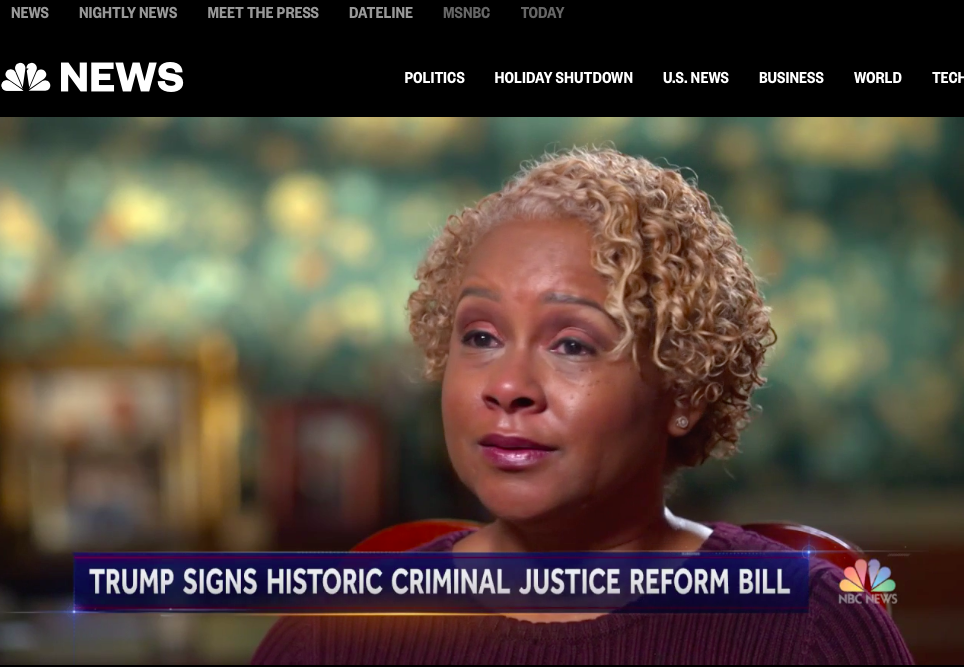 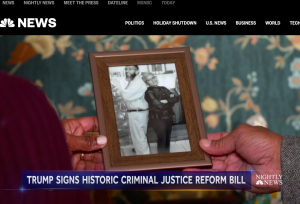 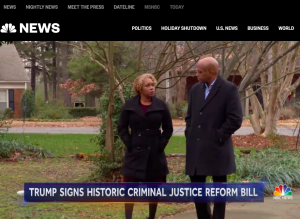