Victoria Law of Truthout focused on Michelle West, William Underwood and Leonard Pelletier who were championed by the media, clemency advocates, politicians and high profile celebs.  Most believe these people have already served far too many years in prison and deserved clemency.  Tragically, they were denied. 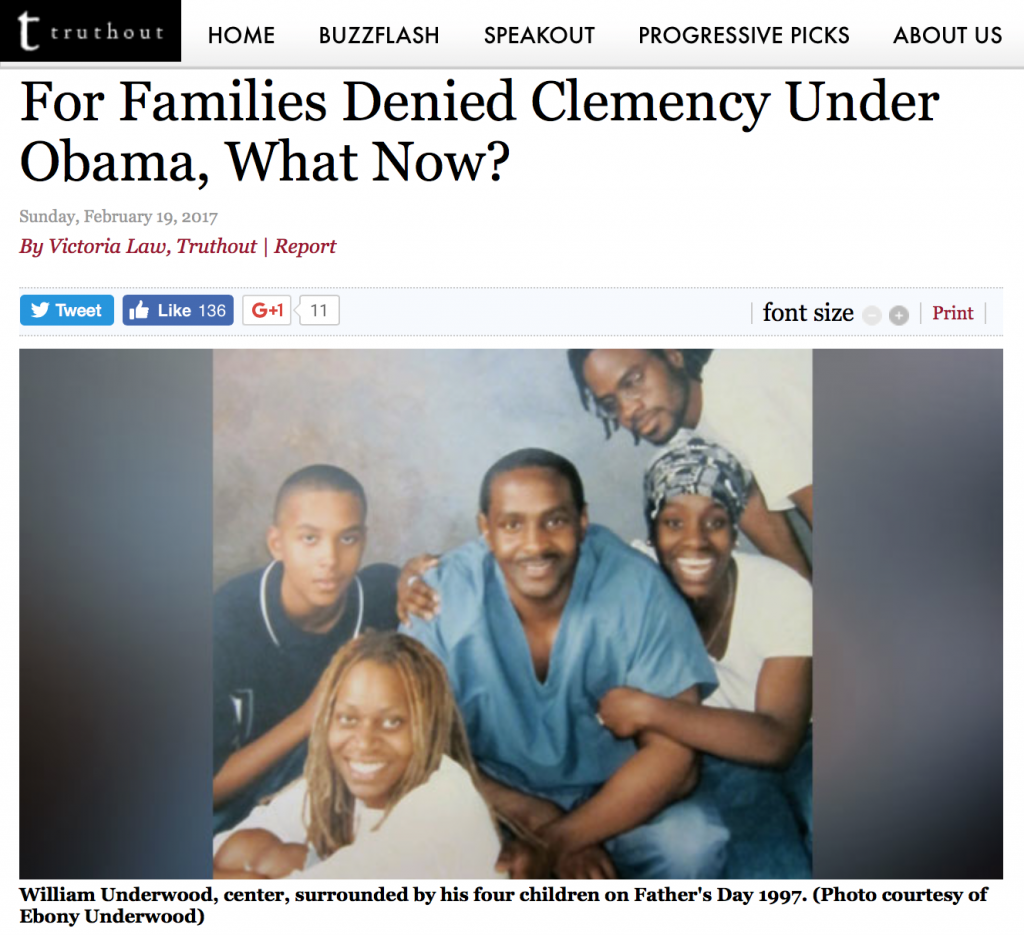 “If you read Leff’s resignation letter, it’s obvious that she resigned due to frustration that petitions she was giving favorable recommendations for were never making it to the White House,” noted Povah. “Plus, the Department of Justice severed her ability to communicate with the White House, which is a complete departure from protocol. What is DOJ afraid of?”

“She called and asked if I was sitting down,” Miquelle told Truthout. “She said she had bad news for me.” Hearing those words, Miquelle knew that her mother’s petition had been denied.

Once their call was over, Miquelle didn’t tell her friend what had happened. Instead, she simply handed the phone back to her friend, who continued to watch the documentary. “I needed to process it myself first,” she explained. “I didn’t feel like I could break down. I was holding it together and also trying to piece it together.”