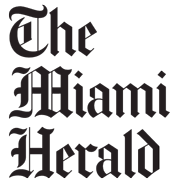 Ana Alvarez, a 64-year-old mother to an only daughter, has served approximately 10 years of her 30-year sentence for a conspiracy to commit health care fraud conviction. Alvarez and criminal justice advocates believe she is a deserving candidate for clemency.

In 2003, she got involved with a clinic owned by a criminal organization led by the Cuban Benitez brothers. Alvarez alleges she was unaware when her colleagues and supervisors began making fraudulent billing under her Medicare number.

“I was a pawn in an elaborate scheme perpetrated by the Benitez brothers, whom I never met,” Alvarez told the CAN-DO Foundation. “Everyone else involved is already home, including the clinic owners and managers.”

Alvarez, a first-time nonviolent offender, turned down a 12-month plea agreement that was offered after she cooperated with the FBI. She and her lawyer thought if she went to trial, the court was likely to find her innocent.

“My worldview was severely shaken when I received my sentence of 30 years in prison,” Alvarez said. “My daughter was 12 years old when we were separated, it was heartbreaking.”

Alvarez said both her parents are in poor health. Her father, in his nineties, suffers from dementia, heart disease and severe osteoarthritis. Her 88-year-old mother is legally blind and spends most of her days in bed.

In prison, Alvarez lives in the honor unit because of her excellent conduct. She has completed over 5,000 credit hours of courses during her sentence, including ACE classes, vocational training and an apprenticeship.

If granted Clemency by President Donald Trump, she plans to live with her parents and take care of them.

“I plan to work and study to be a Diabetic Educator,” Alvarez said. “I am asking for a second chance to offer penance and restitution for my actions, to gain forgiveness, and for the opportunity to once again be a productive member of society.”