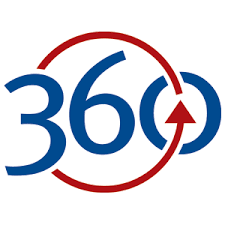 Because he let two Bahamian men use his boat to smuggle 188 kilograms of cocaine into Florida 13 years ago, John Bolen is going to die in federal prison.

In his bid for presidential clemency, the former commercial fisherman cites several contributing factors that led to his fate. Hurricanes ravaged his business, leaving him financially desperate and vulnerable to bad ideas. His lawyers misunderstood his sentencing exposure and advised him to go to trial instead of pleading guilty. Prosecutors sought four consecutive life sentences despite telling jurors his primary role in the conspiracy was to “let his boat be used.”

They’ve done their time and moved on with their lives; Bolen’s only shot at freedom is if the president of the United States grants his petition for a shortened sentence.

John Bolen “I made a terrible choice. I compromised my honesty and integrity. I deserve to be punished,” the 47-year-old father and husband wrote in an email earlier this month. “But I don’t feel I need to be sentenced to die in prison for my first and only mistake. That makes it extreme.”

Bolen is not alone in his shame or in his hope for mercy. More than 11,430 federal prisoners, many of them nonviolent offenders serving life sentences, have commutation petitions pending at the U.S. Department of Justice’s Office of the Pardon Attorney, or OPA.

Much of today’s epic backlog can be traced to President Barack Obama’s 2014 Clemency Initiative.
The project, which was designed to identify nonviolent federal prisoners who would not threaten public safety if released, got off to a rocky start when the DOJ sent the entire federal prison population a notice of the initiative and a survey to gauge inmate interest.

The DOJ’s failure to “exclude inmates who were clearly ineligible for consideration” led to an overwhelming response, according to a 2018 inspector general report.

Over the last 33 months of Obama’s presidency, OPA received more commutation petitions than it had in the previous 24 years combined. At the same time, pardon petitions doubled, from a yearly average of 276 to an average of 521.

The influx overwhelmed OPA’s small staff. Deborah Leff, the U.S. pardon attorney during the first half of Obama’s Clemency Initiative, noted in July 2014 that her office included just seven attorneys, the same number it had in 1996.

Leff ultimately resigned in January 2016, complaining in a letter to then-Deputy Attorney General Sally Yates about lack of support. Leff also raised issue with Yates’ instructions to “set aside thousands of petitions for pardon and traditional commutation” in order to focus on the rush of new cases generated by the president’s initiative.

Leff later told the inspector general that the deputy attorney general’s office, or DAG — which acts as the gatekeeper between the pardon attorney and the president — routinely disagreed with OPA recommendations, replacing them with its own recommendations.

Clemency Rates Have Been Down for Decades

Before the U.S. Department of Justice’s establishment in 1870, the process for considering pardon and commutation applications was “informal and idiosyncratic,” according to research by Margaret Love, U.S. pardon attorney from 1990 to 1997.

President Abraham Lincoln personally entertained Civil War-era pardon petitioners at the White House, but his susceptibility to the pleas of crying mothers and wives of disgraced soldiers eventually led his attorney general to suggest routing petitions through his office first.

By 1898, all clemency seekers were required to file with the Justice Department rather than the White House. Over the following three decades, attorneys general regularly detailed their reasons for recommending each clemency grant, with presidents issuing relief to between 13% and 40% of each year’s total pending and newly filed petitions.

The DOJ stopped publishing the rationale behind favorable recommendations in 1933, but the move did little to decrease presidential interest in using clemency power. From President Harry Truman until President Jimmy Carter, each administration averaged grant rates of at least 10%.

Everything changed in 1982 when President Ronald Reagan delegated the responsibility for recommending grants to a career bureaucrat overseen by the deputy attorney general — the same office responsible, as Love put it, for “overseeing the day-to-day work of federal prosecutors.”

That shift gave the prosecution-focused deputy attorney general the power to substantially narrow the stream of petitions that reach the president.

In fiscal year 1983, which roughly coincided with the change, Reagan granted nearly 10% of pending and newly filed petitions, the last president to do so.

The next four administrations each had grant rates of less than 3%.

Love remembers being directed in 1993 to prepare summary reports recommending denial of clemency in all cases except those in which a member of Congress or the White House had expressed an interest.

A decade later, Sam Morison worked in the Office of the Pardon Attorney in the George W. Bush administration. Now an attorney who helps clients file petitions, Morison remembers boilerplate rejections, normally one or two paragraphs long, being issued for “almost every case.”

Out of approximately 8,500 commutation petitions filed during Bush’s administration, only six received favorable recommendations, he said.

“That’s hardly a process. It’s really just a lottery — and a freakish lottery at that,” Morison said.“I have been deeply troubled by the decision to deny the Pardon Attorney all access to the Office of White House Counsel, even to share the reasons for our determinations in the increasing number of cases where you have reversed our recommendations,” Leff wrote to Yates in her resignation letter.

Leff declined to comment for this story, as did her successor as pardon attorney, Robert Zauzmer. The inspector general report notes that Zauzmer did prioritize Clemency Initiative petitions and that he advocated for greater flexibility in applying the Clemency Initiative’s criteria. At the same time, the Justice Department provided additional staff to the OPA.

By Trump’s inauguration in January 2017, the DOJ had made over 13,000 recommendations, both for and against, on commutation petitions. Obama had granted 1,715 commutations, the most by any president on record.

But because he also received more petitions than any president on record, Obama’s overall average grant rate was roughly 2%. His pardon total of 212 for two terms was lower than all but two presidents: George W. Bush, who issued 189 in eight years, and his father George H.W. Bush, who issued 74 in four.

And despite all his activity, Obama hardly made a dent in the overall prison population, Morison noted.

Read the entire story at 360 Law