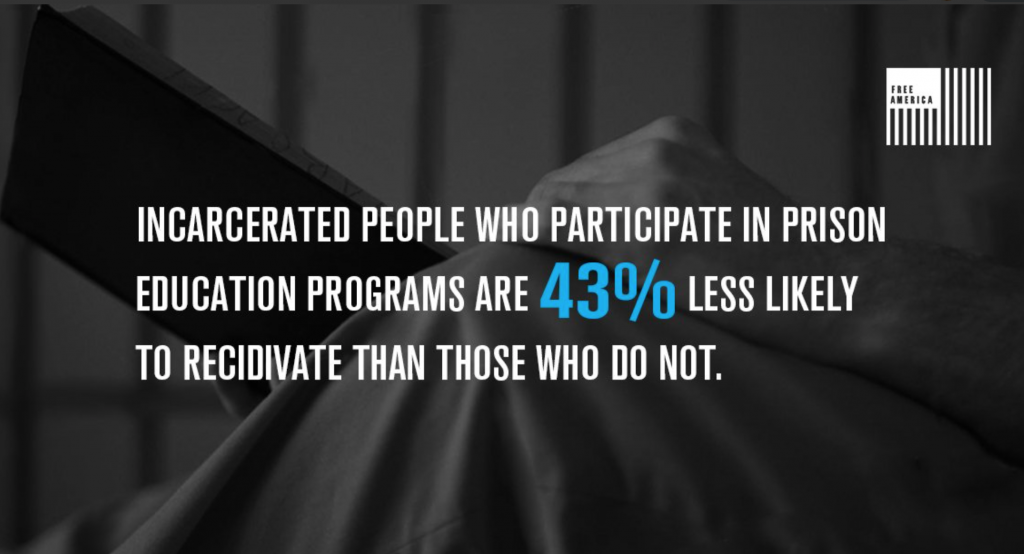 Re: Justice Roundtable Letter for the Hearing on Criminal Justice and Efforts to Reduce Recidivism

Until recently, the federal government had made strides towards a more proportional and cost-effective federal criminal justice system through enactment of the Fair Sentencing Act of 2010, the Department of Justice’s (Department) Smart on Crime Initiative, implemented by former Attorney General Eric Holder, and changes to the federal sentencing guidelines made by the U.S. Sentencing Commission. The reforms resulted in a Bureau of Prisons (BOP) population decline of 30,000 people from its peak population of 219,000 in 2013. These policy changes resulted in some reductions in overcrowding which provided the Department cost savings and flexibility in its funding choices.

While these changes have taken hold, crime rates remain near 40-year lows and studies indicate that sentencing reforms have not had an adverse impact on public safety. For example, the Sentencing Commission determined in 2014 that individuals who had served reduced federal drug sentences following a 2007 Commission action did not have higher recidivism rates than their counterparts who had served longer sentences for similar crack cocaine offenses.

Despite the recent progress, last month the Department announced its new Charging and Sentencing Policy memo. This memo directs prosecutors “to charge and pursue the most serious, readily provable offense.” A revocation of the Smart on Crime guidance, this new directive from Attorney General Jeff Sessions embraces the draconian sentencing policies that contributed to mass incarceration at the federal level and resulted in unprecedented numbers of people incarcerated for low-level drug offenses.

Mandatory minimum sentences for drug offenses contributed to heightened incarceration levels in federal prisons. This failed policy has overwhelmingly impacted people of color, contributing to the appalling racial disparities we see in the federal prison system. Fundamentally, these harsh sentences do not make our communities safer, deny people a second chance to rectify their past mistakes and harm the record number of children growing up with a parent behind bars.

During the 114th Congress, bipartisan legislation was introduced in both the House and Senate that aims to achieve the goals of reducing excessive incarceration and racial disparities in the federal prison system. We urge you to build on this bipartisan momentum by supporting criminal justice reforms that embrace the following principles:

Currently, almost half of the federal prison population is composed of people convicted of drug offenses. The combination of large scale drug prosecutions and mandatory sentencing results in excessive prison terms for far too many people while providing little public safety benefit at great expense to taxpayers. While we are concerned with the consequences of selling drugs, the lengthy mandatory minimum terms of five, 10, and 20 years or life in prison for these offenses often do not fit the crimes or culpability of people who are often only low-level or occasional participants. Congress should act to limit, and ultimately eliminate, mandatory minimums and ensure punishments are proportional.1 United States Sentencing Commission (2014).

We support initiatives to reduce recidivism and expand re-entry programming, as well as provide opportunities for early release for individuals in federal prison. More than 90 percent of incarcerated individuals will return to our communities, and in the interest of public safety we must ensure that they are on a path to successful reintegration. It is a smart investment to implement expanded re-entry programming, given that evidence- based programs, job-training, and education can reduce recidivism and lead to better outcomes for individuals returning to their families and neighborhoods.

Current restrictions on people with criminal records that limit opportunities for employment, housing, education, financial assistance and food stamps only serve to complicate reintegration after incarceration. Such collateral consequences are counterproductive to building safe and healthy communities. In order to help people reentering our communities to be successful, there should be an opportunity to seal past criminal records and reinstate benefits for individuals excluded because of a criminal record.

Once Congress decides to reduce sentencing laws and a person is serving a sentence under an outdated law that no longer applies, people in prison should be eligible for a sentence reduction consistent with the law that now governs the offense. Specifically, Congress should pass legislation to extend the application of the Fair Sentencing Act of 2010 to people who were sentenced prior to enactment of the law.

Under the Sentencing Reform Act of 1984, Congress authorized the BOP to request that a federal judge reduce a sentence for “extraordinary and compelling” circumstances – also known as compassionate release. The request can be based on either medical or non- medical conditions that the judge could not reasonably have foreseen at the time of sentencing.

In 2013, BOP expanded the medical criteria that can be considered for a person seeking compassionate release. In addition, the former Attorney General announced revised criteria for other categories of people seeking reduced sentences, including older prisoners and those who are the only possible caregiver for a dependent. Congress should codify these commonsense and merciful policy changes into federal law.

The BOP’s method of calculating earned credit reduces a prisoner’s sentence to a maximum credit of 47 days per year – below the 54 days intended. This decision results in unnecessary increases in prison sentences at significant cost. By clarifying the statutory language, Congress could save an estimated $41 million in the first year alone.2 Congress should also implement a proposal creating a new time credit that can be earned for successful participation in recidivism-reduction programs, such as education or occupational programming.

We believe these criminal justice reforms will effectively address growing prison costs and populations while protecting public safety. Our continued progress toward meeting the economic and societal challenges posed by the current prison system and establishing a smarter, fairer criminal justice system depends on a broad-based approach to reform, grounded in these principles. If you have any questions or concerns, please feel free to contact Jesselyn McCurdy, Deputy Director, ACLU Washington Legislative Office at jmccurdy@aclu.org or (202) 675-2307 or Kara Gotsch, Director of Strategic Initiatives, The Sentencing Project at kgotsch@sentencingproject.org or (202) 628-0871.