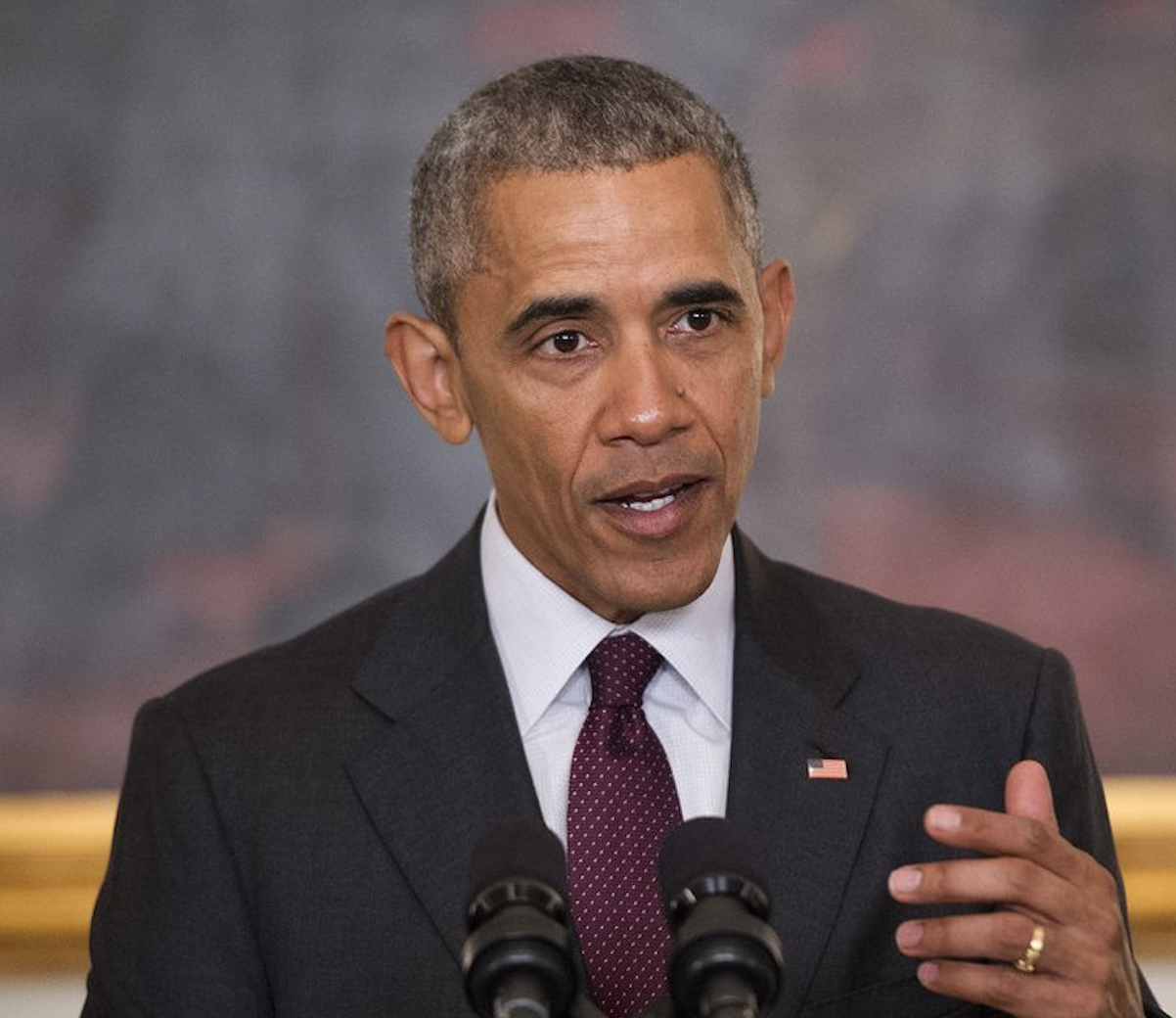 “I served time with Josephine,” said CAN-DO Founder Amy Povah.  “This was the best news I’ve received since I heard that Angie Jenkins received clemency.  We were all together at FCI Dublin. We spent many hours in the law library, but what I remember most about Josie was her soul.  Josie has a very pure soul, despite what anyone believes about people who are convicted of drug crimes.”

Channel 7 reached out to CAN-DO a few hours after the list of clemencies released inquiring to interview Josie’s family.  We put them in contact with Josie’s daughter, Lizette Ledesma and the result is the following happy ending news-story of a nightmare that too many Americans are living, who have yet to receive mercy in the form of clemency.

President Obama broke a record by granting 214 clemencies in one day!  August 3, 2016 will be remembered as a day that the President administered historic mercy in the form of executive clemency to people who received draconian sentences dating back to the tough on crime era of the late 80’s and 90’s.  According to P.S. Ruckman of Pardon Power:

The previous record was set by Franklin Roosevelt on July 26, 1935. On that day, FDR granted 151 commutations of sentence. Below is a chart of grants that, at the time, established a record for commutation grants in a single day. For those with more technical knowledge of clemency, President Obama’s record is clearly established even with the blur between commutations and pardons that existed in the 1700’s and 1800’s. 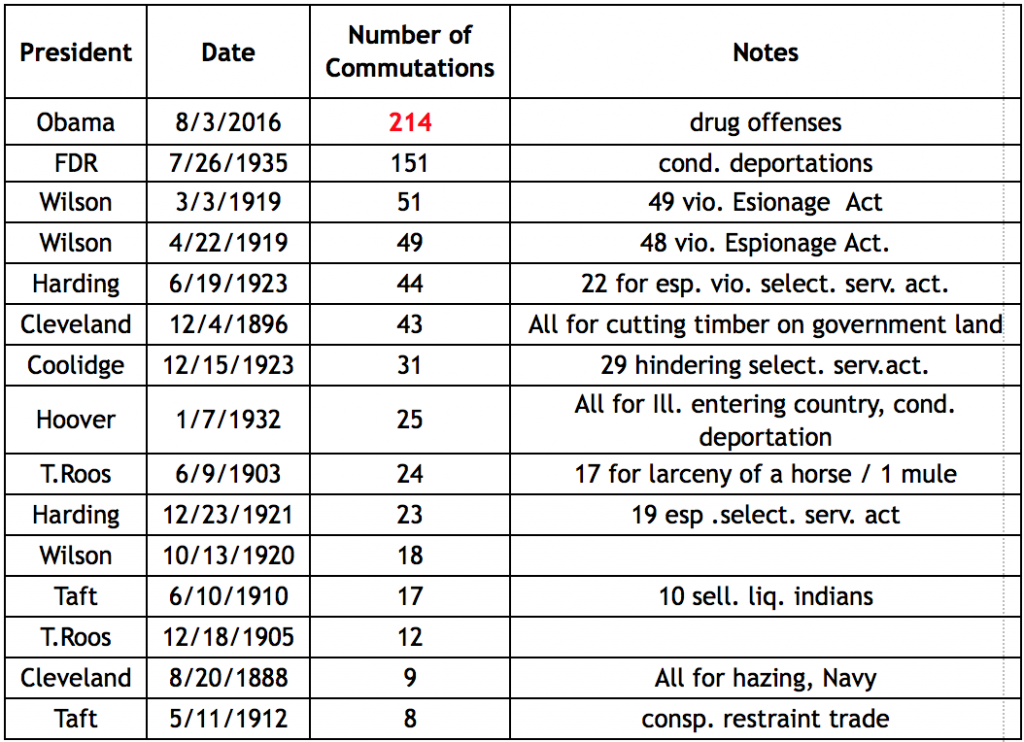 We are not taking credit for their freedom, because we realize many factors are involved, not the least of which is a vigorous vetting by the Office of the Pardon Attorney and Deputy Attorney General who have the final say as to which cases travel to the White House.  First and foremost these prisoners are responsible for their freedom.  They have clearly performed outstanding conduct, programming, and exemplary behavior while incarcerated, plus their family members have been advocating for them since the day they went to prison.  Family members suffer every day their loved one is incarcerated and they are the foundation of support for these prisoners. Congratulations are in order to them and condolences are in order for the family members of applicants who are still waiting for their turn to rejoice.

That said, we are proud that seven prisoners were enrolled in the CAN-DO Guardian Angel program lead by Jason Hernandez, Ramona Brant, Anrica Caldwell, and Amy Povah.  They each paired Guardian Angels with the applicants (Angels) to perform a litany of tasks in order to enhance their opportunity of clemency.

Read more about Josephine Ledezma who was #3 on the Top 25 Women  CAN-DO Founder Amy Povah served time with Josie (approx. 8 years).  “I’m thrilled for Josie and her family, especially Lizette Ledesma, her daughter who has been fighting vigorously for her all these years.”

Read more about Minnie Pearl who was #5 on the CAN-DO Top 25 Minnie is the grandmother of Demaryius Thomas of the Denver Broncos.  CAN-DO started a change.org petition for both Josie and Minnie to garner support for her clemency, and we are so delighted that dream has finally been realized. 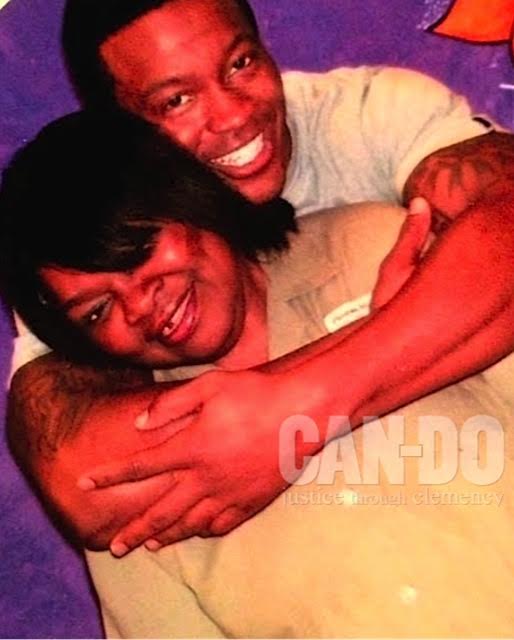 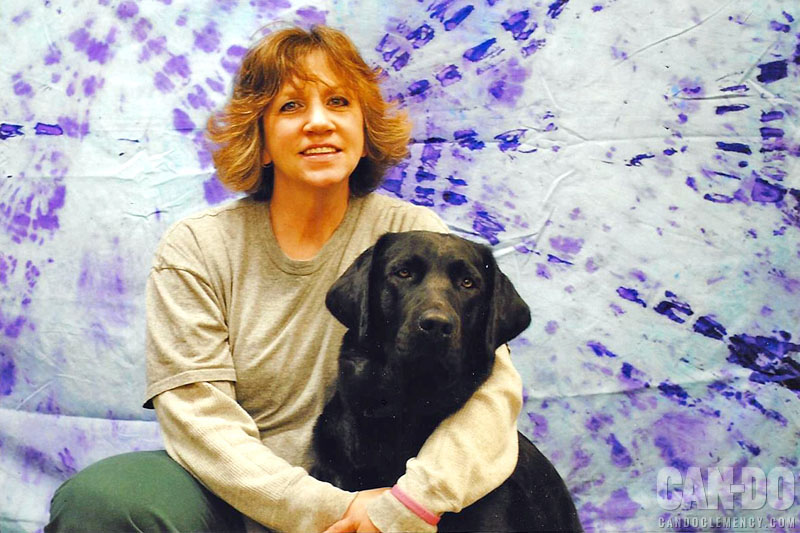 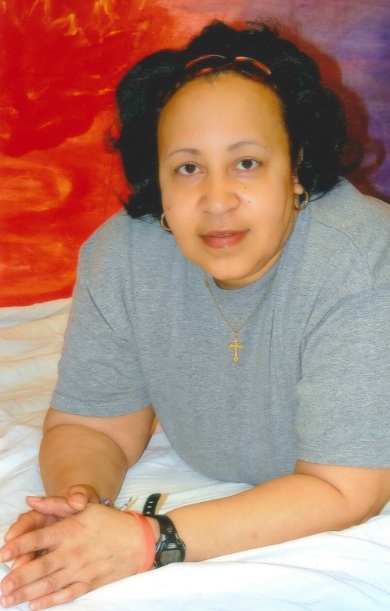 Supporters: Crack Open the Door, CAN-DO, Families for Justice as Healing, and the LOHM

Read more about Dicky Joe Jackson who was #5 on the CAN-DO Top 25 men. Got this message from Joy Jackson via email: “WELL, I KNOW YOUVE HEARD BY NOW AND AGAIN I JUST WANT TO THANK YOU. ONCE I GET HOME AND GET SETTLED IN, ILL CALL YOU. I WANT TO DO ALL I CAN FOR THOSE STILL IN SO IM GONNA GET WITH YOU WHEN I GET HOME. THEYVE APPROVED ME FOR HOME CONFINEMENT SO ILL BE HOME IN A WK OR SO. LOVE YOU GAL AND THANKS FOR PUTTING UP WITH ME AND MINE. WE”RE GONNA BE THERE WITH YOU SO COUNT ME IN” 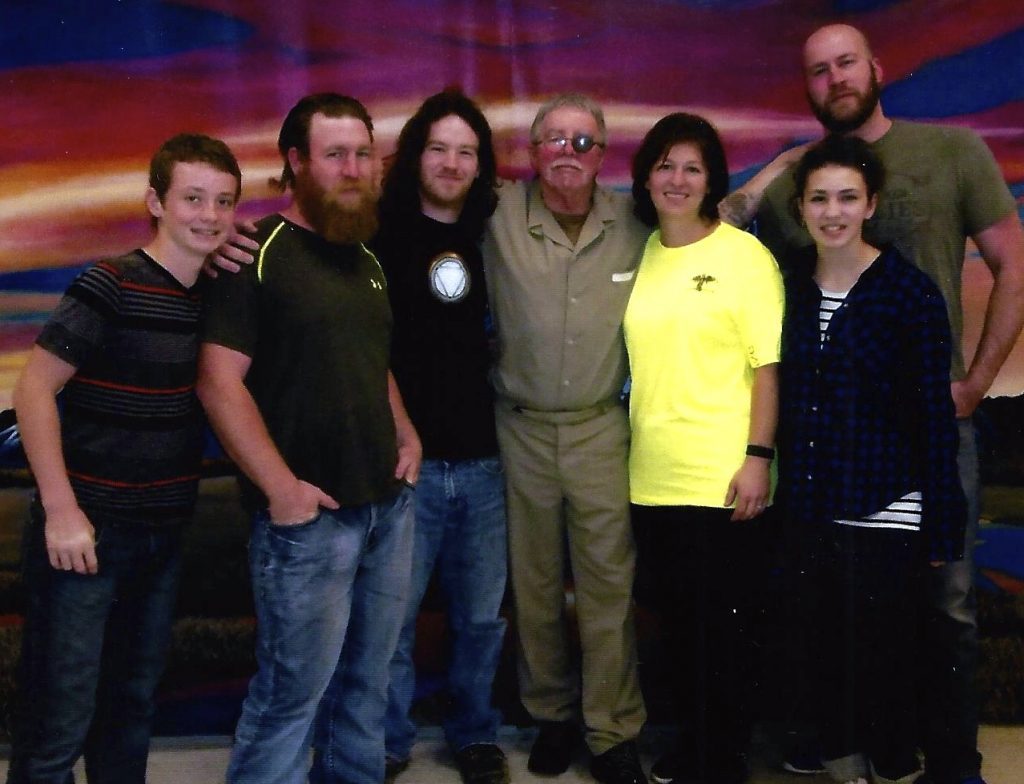