In the federal prison in California, Michelle West described people standing in front of the television in shock this past Friday as they learned about Attorney General Jeff Sessions’ memo, which promises to intensify the war on drugs.

“They knew it was going to be bad because of his past comments regarding the criminal justice system, but not this bad,” West said. 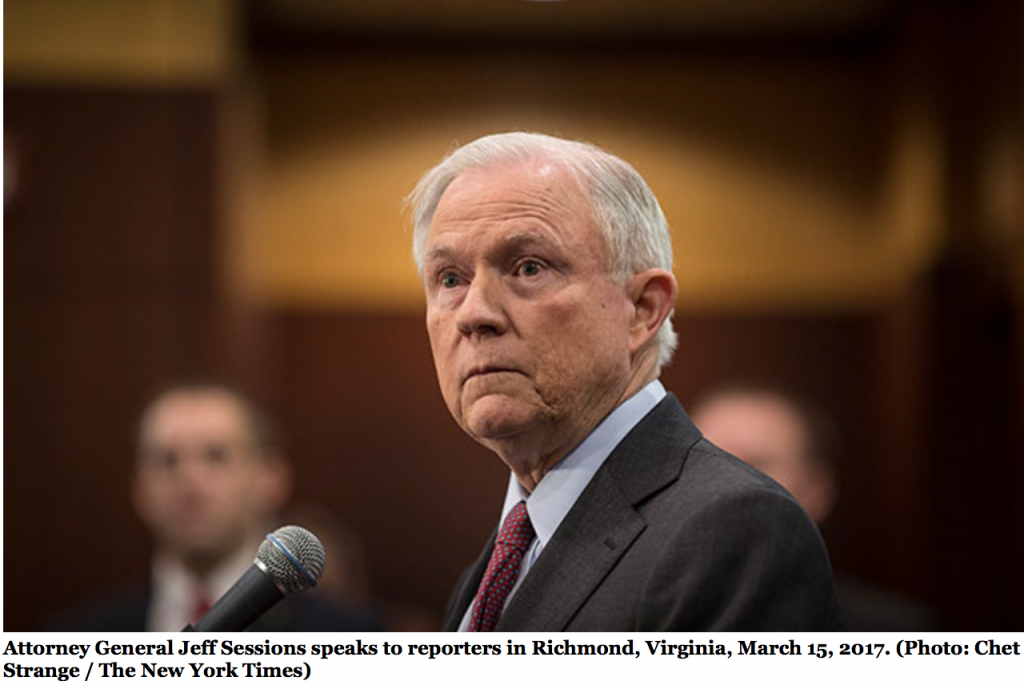 Michelle West is one of thousands of women who was charged and incarcerated under the policies that Sessions is now resurrecting. She was sentenced to life in prison and has spent the past 24 years behind bars.

Ramona Brant, who spent years in the federal system with West, was also a victim of mandatory minimums. In 1995, Brant, a mother of two young children, was sentenced to life in prison for drug conspiracy. It didn’t matter that she had not actually sold any drugs. Nor did it matter that she had endured six years of abuse from her boyfriend and had police records to prove it.

What mattered to the prosecutor, said Brant, was that she refused to accept an “open plea” agreement, which would have meant testifying against her boyfriend in exchange for a plea bargain that didn’t come with a specified sentence. In other words, she might testify and still end up serving time.

Read the rest of the story here.