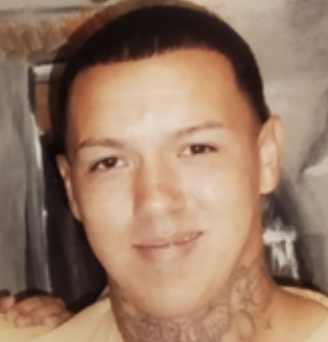 My name is Travis Longoria, and I have been incarcerated for 9 years.  I was 20 years old when I left society and am now 29.  I take full responsibility for my actions. I understand clemency is a privilege, but unless given the chance, I will never be able to prove myself to society.  Throughout my incarceration I have completed many programs to better myself.

I have two beautiful children; my daughter is going to be 10 and my son is 8.  I would like to make a difference and have an impact on their future.  Statistics show that a child that grows up without their father ends up going down the wrong path in life.  Being that they are Latin-American with all the racial injustice going on, my children are lost and confused.  They need me more than anything in the world right now, and I know that I must be their role model.  I grew up without my mother for 13 years because she was in and out of prison.  I want to break the cycle of incarceration.  I ask that you show leniency and strongly consider my application for clemency.  If given clemency by President Biden I would forever value his mercy. He will never regret it.

Housing: If released on clemency, Mr. Longoria has a loving and caring family who are committed to assisting him in a successful reentry to society.  He also has many friends in the community who plan to assist him as well.  He would return to Texas to live with is Mother, Monica Rives at 2110 N. 6th Street, Abilene, TXC 79603.

Employment: Mr. Longoria is a skilled mechanic and can work in any auto place repairing and modifying cars.  He also has OSHA Certifications and would like to get his CDL license.  He also has many friends who work in the oil fields, and he also has that opportunity as well. He plans on seeking employment immediately upon release to be able to provide and care for his family.

Community/Church: Mr. Longoria plans to attend a place of worship as soon as he can find religious community within the area he is living.