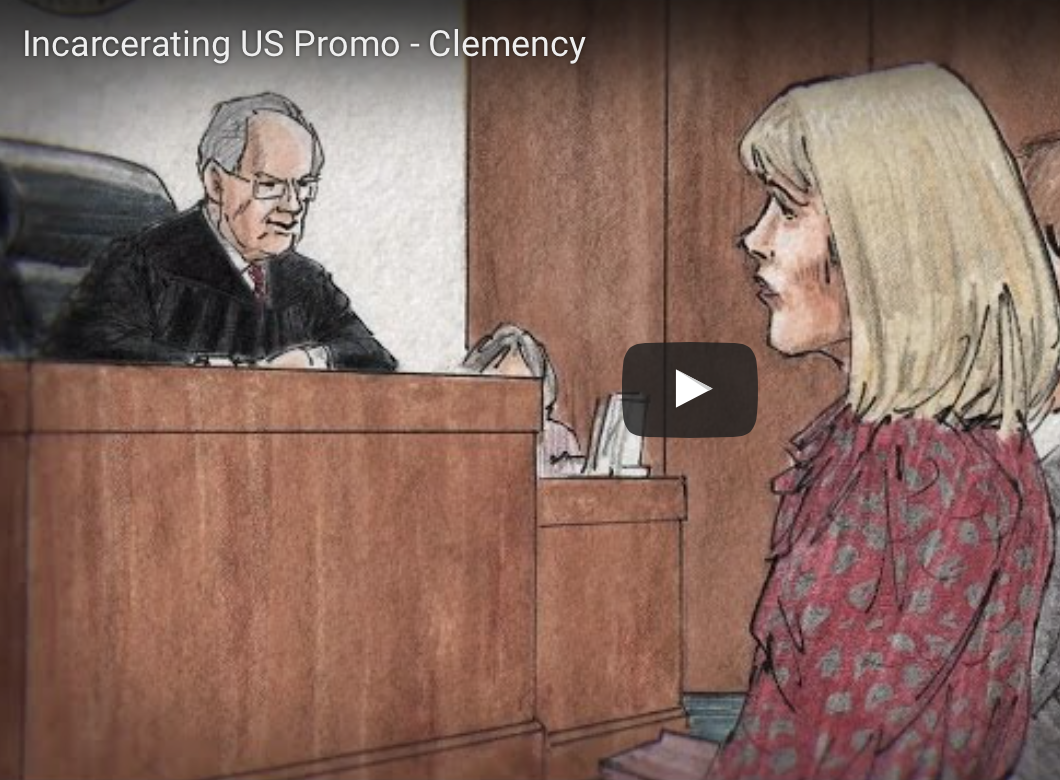 CAN-DO Founder Amy Povah  in the feature length documentary, Incarcerating US.
Her case exemplifies what is wrong with our current drug conspiracy laws that ensnare wives and girlfriends who are given an ultimatum to either “cooperate” or be indicted for conspiracy charges that will send them to prison, typically in the range of 20 years to LIFE because they are held responsible for the actions of a significant other.

Most people currently seeking clemency today are individuals who exercised their right to a trial and were penalized harshly because only those who enter into a plea agreement can escape the mandatory sentencing imposed by the Sentencing Guidelines that was enacted in 1986. Amy’s story is one of four cases that director Regan Hines spotlights to help viewers understand the human toll the drug war is having upon our society.

Please watch the entire film below and if you would like to organize a screening, please contact us.

Photos from the world premiere of Incarcerating US screened at Georgetown University.