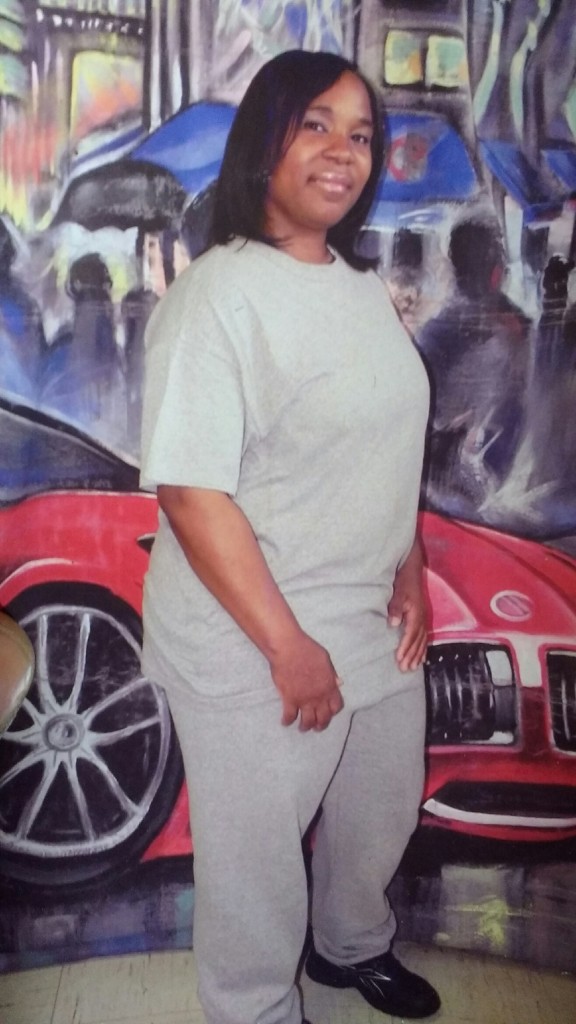 We are all rejoicing for Michelle Miles who walked out of prison on June 1, 2016.   Thank you President Obama!  We still have a long way to go. There are many more worthy candidates on this website.  Please keep the clemencies coming.

Michelle Miles phoned in to a Symposium at Columbia University that focused upon Women in Prison, Real Women, Real Voices, hosting by The LOHM  (Ladies of Hope Ministries) Topeka Sam, who served time with Michelle Miles and earned a fellowship at Columbia University.  Michelle got into trouble by the prison, who wrote her what we refer to as a “shot” which is an incident report for calling in to the Symposium even though she thought it had been cleared by the prison.  She no longer has to worry about such nonsense because she will be home soon – THANK YOU PRESIDENT OBAMA!!! We hope to see more on the CAN-DO Top 25 Women Deserving Clemency and all the men who are on our website.

I am 44 years old. I have no children. I am currently incarcerated at a Federal Prison Camp in Danbury. When I was 18 years old I met a much older guy. Because there was such a big gap in our ages I really didn’t take interest in him. This man perused me and he didn’t stop until I gave in to him. He was a well known drug dealer in the Marcy Housing Projects where I grew up.

Growing up as a child we didn’t have alot. My mom worked hard as a single parent to raise 6 children. She barely had enough to make ends meet. I was the middle child of 7 children – one of my siblings didn’t live with us. Watching my mom struggle was hard on me and I hated to see her trying to figure out how she would keep food on the table and clothes on our back. She did what she could and I love her for that. My mom needed help and she had no one so I vowed to help her in any way I could. I was doing well in school and promised my mother I would finish school and find a good job so I could help pay the bills.  At the time I was the only one of my mothers’ children getting an education my other siblings dropped out of school very early. So I felt like I was the back bone of the family and needed to step up  to help my mom.

The guy I was dating introduced me to his drug business. He called me to his stash house and the things I saw left me slack jaw.  I had never seen anything like it. To say I was in shock would be an understatement – I was in awh. Yes living in the Marcy Projects it was infested with drugs, and drug dealers. I just had never seen it up close and personal, before. Instead of running for my life I stayed and listened to what my boyfriend at the time had to say. Knowing the situation me and my family was in, he used that to get me involved in his business. I fell like he baited me into helping him especially when he said I would get paid to do so. He promised to pay me $1100.00 a week to cook and package drugs for him. After thinking about the life I was living and the one I dreamed about I said yes to his request. Taking part in his operation had become too much for me to handle with school and all. So I decided to drop out of school and dedicated all my time to him. That was a very poor decision on my part. I never thought about the consequences of my actions.

Thinking that fast money would help me and my family only hurt myself and those I love. I was arrested by the FBI at age 25. At the age of 27 I was sentenced to 30 years in prison as a first time non-violent offender that was a hard pill to swallow. None of the decisions I made was worth my freedom. Today I sit in my cell almost 19 years later knowing I messed up big time. I could have made a different choice but greed clouded my judgment. I thank God I made it through these very trials that has been set before me. There was times when I thought I would die in prison, but that was not the case. It gave me time to reflect on my life forgive myself as well as others. I know that punishment was necessary but did it have to be so harsh…..