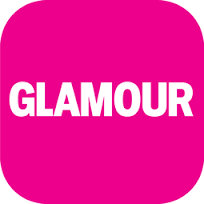 CAN-DO is elated to update this Glamour article with the exciting news that Cheryl Howard received clemency on 12/19/16  We want to thank all the hard working volunteers who assisted Cheryl on this journey, such as her daughter Lavithia Howard, Cheryl Ward, Bette Herman Davis, and so many more who signed her change petition and Tana Ganeva for this article that was featured in Glamour Magazine.

Of course, there are far more men in prison than women. But activists like Amy Povah at CAN-DO, an advocacy group for non-violent drug offenders with a focus on women’s cases, say there’s one important factor that many not be taken into account by the Office of Pardons as they review petitions.

“Women are far likelier than men to be serving long sentences because of the drugs a spouse or partner sold, due to broad application of the conspiracy law but the converse is not true,” the letter says. “Few men, if any, ended up with 20 years to life based on illicit activity attributed to a wife or girlfriend.”

“Time is running out for President Obama to commute the sentences of nonviolent drug offenders like Howard—as part of the President’s historic clemency initiative—and activists are trying to bring another crucial issue to light: not enough women have had their sentences commuted. A letter published in Business Insider signed by over 100 former prisoners and activists worried “that very few women are receiving clemency.” (Only 68 out of 1,023 cases have been women, according to the letter.)”