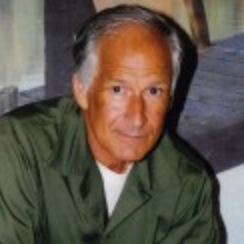 On October 5, 2015 George Martorano was released from prison after serving 32 long years in federal prison!” CAN-DO’s Amy Povah talked to George on 10/7 and heard all about his first meal of every Italian dish he ever loved, prepared by loving nieces, sisters and family members.   “I had my first bath in 32 years,” said George.  It was great to hear him laugh and hear all about his freedom day! We salute his endurance because it took incredible fortitude for George to overcome the stigma that “justice” wanted to impose on George and all other prisoners.

Post Release Plans: George has lots of plans, but will handle first things first.  He has long talked about his Philly Cheese Steak dinner theater plans and hopes to open a theater in Los Angeles that will serve his beloved Philly Cheese Steak that he grew up eating.  He has been a prolific writer who teaches other inmates to write as a creative way to express their feelings and escape the confines of prison.   He plans to help educate young men who are on the wrong path in life, much as he done all along while in prison.

One of the last things he sent Amy Via Corrlinks was this short essay:

She is homeless. She is not old. The city’s morning dew is of life’s drink. For she runs her thin finger across widow pane for taste. Today, middle of dawn, she moves upon the sidewalk as dungeon floor. Yet, she breathes a touch of content ; she is under free sunlight. She believes all ends have applause even if clapped by two hands. Though her life may be short, her living days are of a slow clock encased in sorrow. Only in sleep is beauty’s dream. Awake, hours of hell; her small weapon, little hope…. So, clad in hand-washed rags. She roams the city, streets giving up little treat; hard to feed misery…. When night.. She’ll look for a star. It never has splendor. She speaks up to it, “my prison star”…. Oh, she prays…. Down to knees in alleyway and nothing more. Her prayer, “what use riches , for I owe Alone and Sad “…. She befriend’s chapels. Sits there watching candles die; die in silence, “so shall I “…. By the stone wall of Central Park. So small the sound. The Fall leaf snaps…. slowly gliding down next to her…. She stares at it…. “Now you belong to nowhere.. as I.”

Speaking of food – here is a photo that Cheri Sicard posted of George’s first meal among loved ones in the “free world.”

So why was such a harsh sentence handed to George Martorano? We believe that in the prosecution’s effort to send a message to George’s father, Raymond “Long John” Martorano, an alleged mafia figure, he was given the maximum sentence allowed by law; life with no parole. Because he remained silent, they “locked him up and threw away the key,” put him in solitary confinement for four and one half years, and kept him in America’s most notorious prison: Marion, which is completely underground.

Then George began to write. He wrote and published a book about growing up in the old Italian-American neighborhood in Philadelphia, “South Philly.” He now has over twenty works depicting life in prison as well as life on the outside. He teaches reading and writing, yoga, and even counsels suicidal inmates. He has a spotless prison record without an incident of violence in all of his thirty-two years in America’s toughest jails.