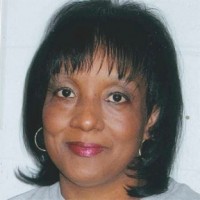 Michelle West was featured in Humans of New York and is currently on the HONY homepage for Brandon’s “Inmate Stories” series. Michelle is in a photo with her brother, instead of the original post because a prison guard (in the background) complained and asked that Brandon take down Michelle’s photo, even though no one could identify him. He was a tiny brown blob.  You can share and engage in comments on the HONY Facebook page.

Vikki Law has written a powerful article in Truth Out.org entitled: Mothers Serving Long-Term Drug Sentences Call for Clemency  about the many women and mothers serving time due to draconian drug conspiracy laws that mandate long sentences based on the actions of other participants who were usually far more culpable than the women in informative piece.  Vikki Law spotlights four women, who are on the CAN-DO Top 25 and explains how, so often, the men (who committed the actual crime) go free, or in Michelle West’s case, a murderer was given full immunity for his testimony.  Read Michelle’s profile for more information about her case.

One might wonder why the word of a murderer would even be permissible in a court of law, especially to convict others of a lesser charge, without providing hard, tangible evidence to support such allegations?  This is why our current conspiracy laws need to be abolished because the guilty can go free for merely building a case against anyone the government accuses of being involved in a drug conspiracy case. The women in this article, Michelle West, Alice Johnson, Angie Jenkins and Cynthia Shank have all suffered enough, no matter what they were accused of, and they need mercy in the form of clemency.

CAN-DO was honored to assist Vikki Law with her research to get to the gritty facts behind our shameful conspiracy laws and mandatory minimums that send people to prison for life with little if any proof – other than the word of a cooperating co-conspirator.

Victoria Law is a freelance writer and editor. She is the author of Resistance Behind Bars: The Struggles of Incarcerated Women and co-editor of Don’t Leave Your Friends Behind: Concrete Ways to Support Families in Social Justice Movements and Communities. She edits the zine “Tenacious: Art and Writings by Women in Prison” and proudly parents a New York City high school student.