It’s important to understand how federal defendants are sentenced by judges who no longer have the ability to judge the mitigating circumstances of any given human being standing before them.  Doesn’t matter if a woman was a victim of well documented domestic violence and had no ability to leave a drug dealer, or if a decorated war veteran, who served his/her country, was a low level participant that sold some marijuana.  Judges must simply play deaf, dumb and blind to the facts and tuck all common sense into the back recesses of their conscience and merely follow orders.

Each defendant receives a Pre-Sentence Report before sentencing and is given a number based on calculations pertaining to the amount of drugs that co-conspirators either testified they had sold, and/or based on drugs seized, and/or documentation of drug trafficking, or any combination thereof. Enhancements are added at the end for a laundry list of issues we that were typically never referenced in the indictment nor proven to the jury at trial. (more on this later)

Below is the Sentencing Guideline Chart that judges uses to sentence an individual convicted of federal drug crimes: 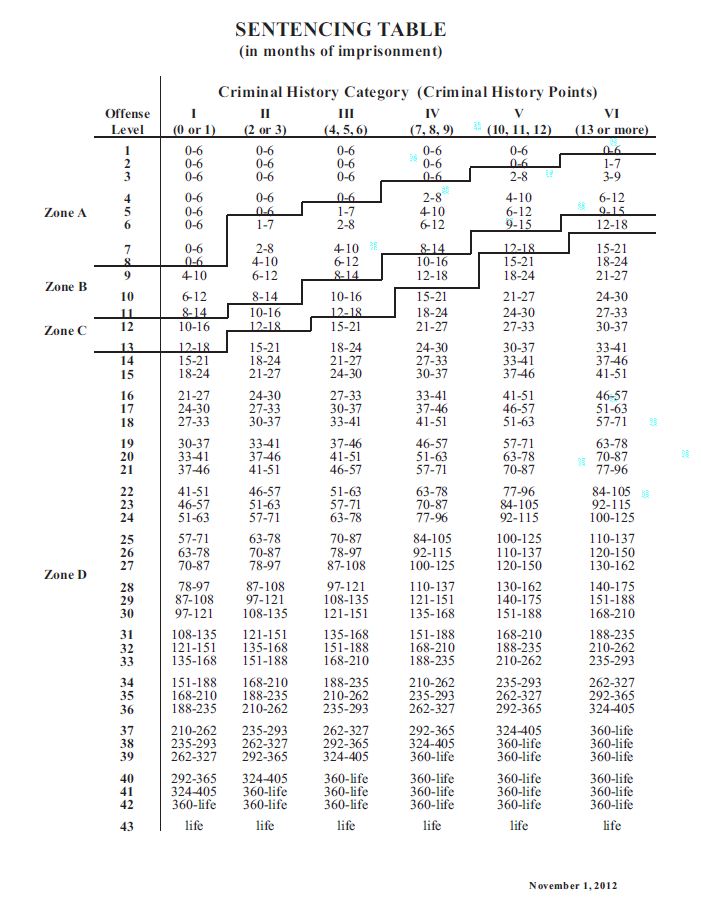