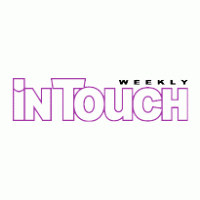 “To set the record straight, I have no recollection of ever comparing a prison cell to “college dorm living” although that’s a catchy title for In Touch.” says Amy Ralston Povah to her CAN-DO members and followers on social media. For one, you cannot bring your bed covering, clothes, leave at will, or sleep on a decent mattress. A prison cell should never be compared to a college dorm. To do so is an insult to every person currently suffering their loss of freedom and confined to a prison cell. I also expressed extreme disgust over @radaronline‘s “luxury retreat” description. Fake News at its worst! Twitter: Amy@candoclemency.com

After Felicity Huffman was involved in the nationwide college admissions scandal, the actress has been sentenced to spend 14 days in the Federal Correctional Institution in Dublin, California, beginning on October 25. In an ironic twist, a former inmate compared the prison to “college dorm living” while exclusively dishing to In Touch about the conditions in the facility.

It seems like the 56-year-old is going to have to get used to spending time with other women in close quarters. “Just imagine four people crammed into a teeny-weeny broom closet that barely fits four beds,” Amy Povah, who served nine years at the facility before founding the Can-Do Foundation, revealed. “Then, there’s a toilet and sink all in that little bitty room.”