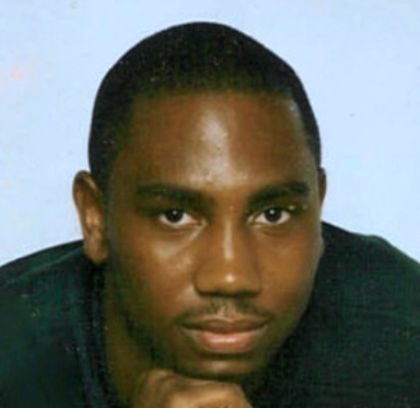 Name: Dwayne Twane Walker #06431-084
DOB: April, 4 1973
Age: 42
Children: 1-boy and 1-Girl
Charge: One Count of Conspiracy to Distribute Cocaine Base / 21U.S.C. 841(b) (1) (A) and U.S.C. 851(a)
Sentence: Life Without Parole
Release Date: None – Deceased
Served: 19 years and 5 months (counting County jail time which i have been incarcerated since September, 26 1996)
Sentence began on: May, 27 1997
Priors: (2) December, 10 1993 Criminal Sale Control Substance and February, 4 1995 Distribution Cocaine Base
Prison Conduct: Excellent/only 2 minor incidents  being in an unauthorized area in 98 and in 2011 giving unauthorized funds/ buying a book).
Prison: Federal Correction Institution Petersburg -Medium
Supporters: Former clemency recipient Norman Brown, CAN-DO Foundation, Mother- Denise Walker, Sisters- Leandra and Malika Walker, Leandra  Malika, Son-Duane Gibbs, Daughter-Dezyana Walker, Aunt-Debra Hughes, Amiaya Entertainment LLC Publishing Antoine and Tania Thomas,
Accomplishments in Prison: I obtain my G.E.D., Completed Vocational Class /AutoCAD, which consist of computer Aiding and Drafting, giving you the Basic understanding of Architecture Graphics, Victim Impact Classes (Victim Impact Group on a study of alcoholism and Substance Abuse, Community Corrections Focusing on the daily activities within the Community and what can be improve. Correction Counseling Groups tackling Peer Pressure. Participated in numerous self help Groups/ programs, such as Parenting , Sign Language for the Disability, Threshold/Faith Base Course on Worldly Religions, Computer VT office/Microsoft Windows Excel and Word, Employment/Reentry Preparation.  At F.C.I. RayBrook Dwayne was Head Production Clerk who oversaw the Factory’s Military and Correction Officers contracts and day to day operations, before being transferred to his current in Petersburg.  Institution I’m current at this moment do to a medical mistake of me not being a diabetic.  Most recently became a certified forklift driver.

According to Leandra, Dwayne’s sister: (true spelling of Dwayne’s name is Duane, but BOP has him registered as Dwayne and any misspelled or incorrect names must remain the same according to BOP policy.)

Throughout these years, Duayne has utilized his time productively. Duane has enhanced himself in so many ways over the years; Duane has gained numerous skills mentally and physically that has benefited him inside and would be a great asset to all upon his release.