Donella Harriel has been writing to CAN-DO founder Amy Povah and CAN-DO Prison Outreach Coordinator Malik King for over a year.  But after the euphoria of winning the clemency lottery on August 3rd wore off, Amy started getting emails from Donella expressing concern about whether she would be released, due to a detainer and a prosecutor who would not respond to multiple requests to lift it.  So Amy pitched Donella’s story to Tana Ganeva, a reporter who wrote an excellent piece that has been published in several web-based news outlets, including the Influence and Alternet. Read this moving story and share on social media. 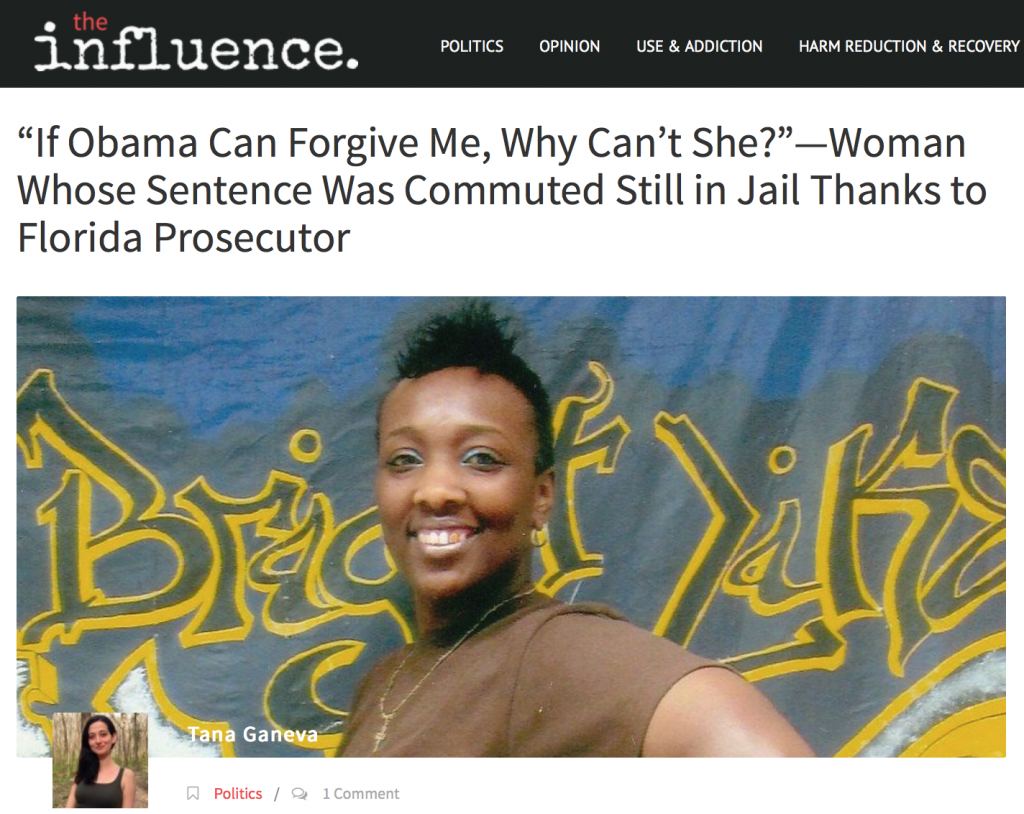 “I want to thank the CAN-DO Foundation for responding to my plea for help. Because Amy Povah, Malik King and the CAN-DO Guardian Angels communicate daily with prisoners, I was able to share my situation with Amy, who in turn, reached out to several media sources, resulting in my story being told in the Influence, Alternet and other news sources. I am very pleased with the result and hope it will lead to a remedy. I want to go home!”  Donella Harriel

We can’t always help everyone, but CAN-DO tries to do what it can and we hope Donella’s dilemma will be resolved soon!  She deserves to celebrate her freedom like all the other clemency recipients.