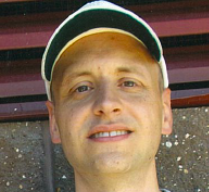 According to Chris:
At the age of 25 years old, I was arrested and charged with selling prescription drugs over the internet. Not understanding the law and being new to the criminal justice system, I rejected a government plea offer for 3 years in prison for selling legal prescription drugs over the internet. I rejected that offer because I believed what I was doing was not illegal. A Doctor inserted me as a middle man to handle internet sales only he was not physically examining the patients. He knew what he was doing was wrong, but I was not privy to what he was doing.

It was not long before I found out how wrong I was. I proceeded to trial and was convicted. Never being in jail before as my sentencing day approached, I was more fearful than I can ever explain in words. Being there was an offer for 3 years in prison, I still thought that my worst-case scenario would be about 5 years in prison. The Doctor of course took a plea bargain and testified against me.

The 5- year sentence was not to be. When I appeared before the judge, he sentenced me to 30 years. In that very moment my heart started to beat so fast I thought it would explode. My thoughts went to my Mom and Dad, and then my 5-year old son Mason, what would they do without me, and me without them.

I could not understand how the government could offer a 3-year sentence finding it was sufficient for my crimes, but because I exercised my right to trial, was given a 30-year sentence.

My Dad that I thought about instantly when I was sentenced, is now dying. My dreams to go fishing with him one more time, or to simply hug him again and let him know that I love him are slowly fading away. My 5-year-old son Mason is now 17 years old, and my hope is to see him graduate. My mother is still hanging in there.

Failure is not an option. My father invented the diaper decks seen in rest stops. He wants me to run his business as his time left here is short. Never again will I let him down in life or death.

Just Mercy is what I am asking President Trump for, Just Mercy.