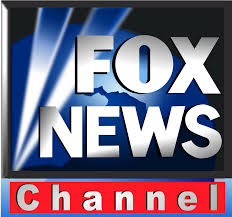 Fox 11 Christine Divine interviewed Amy Povah and Miquelle West, daughter of Michelle West, a prisoner that the CAN-DO Foundation is assisting in her endeavor to receive clemency from President Obama before he leaves office.

Fox 11 reached out to CAN-DO when Josephine Ledezma, of the Los Angeles area, was on the latest list of 214 clemencies – a woman Amy served time with at FCI Dublin. Amy has stayed in touch with Josie for 16 years and provided assistance with her clemency petition by reaching out to another clemency recipient, Jason Hernandez, who helped write the petition.

Miquelle’s mother, Michelle West, is #3 on the CAN-DO Top 25 Women Who Deserve Clemency.  Miquelle was only 10 years old when her mother was arrested and received two life sentences for her association with someone who was involved with drugs. She credits her mother as having raised her from prison, encouraging her to follow her dream of being a celebrity stylist – which gave Miquelle the courage to pursue her dream career.  She now works for Mr. Sean Combs Revolt TV and has designs clothes for numerous celebrities.  Miquelle West has a large following on Instagram, where she advocates for her mother while simultaneously posting all things fashion!

After the taping, Christine conducted a live Facebook chat with Amy Povah, Miquelle West and Katherine Bonaguidi of the California Innocence Project  that lasted an hour and a half.  Over 10,000 Facebook members logged in and asked questions that provided the panel ample opportunity to address, which typically cannot be covered in a 30 minute segment as complex as criminal justice reform, the conspiracy law, plea bargains, and the necessity to correct draconian sentences by applying “justice through clemency.”