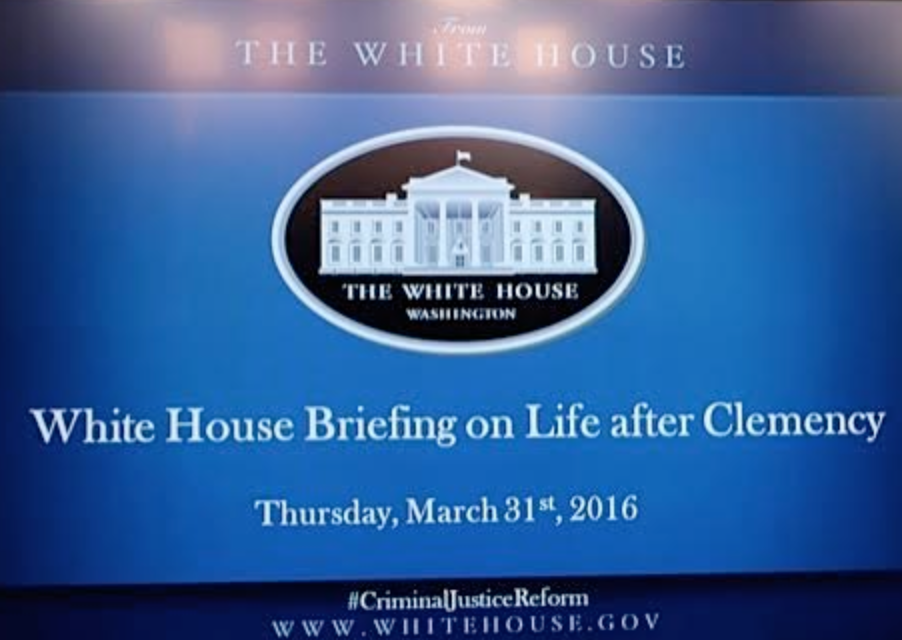 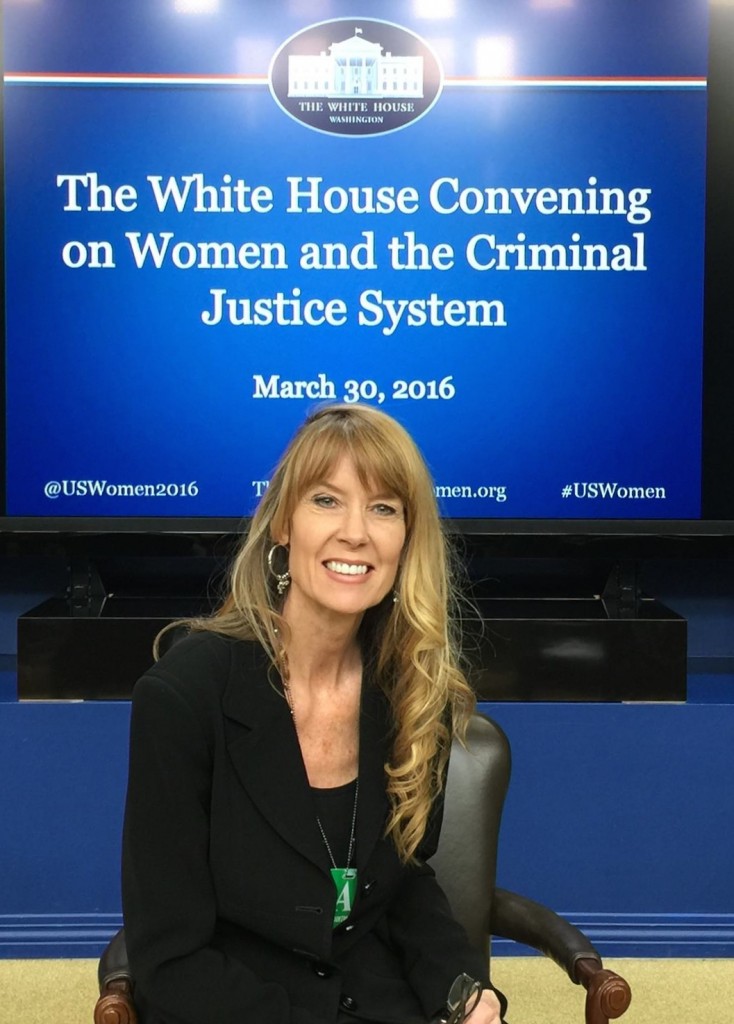 On March 30, and 31st, CAN-DO President and Founder Amy Povah spent two days at the White House attending events focused on Women and the Criminal Justice System and Life After Clemency.  But that’s not all.

Nkechi Taifa, a senior policy analyst for civil and criminal justice reform at the Open Society Foundations, who pitched the Life After Clemency idea for the aforementioned, planned numerous amazing events that orbited such a monumental occasion, including a dinner on the 29th for no less than 15 clemency recipients and their family members, plus family members of prisoners currently seeking clemency.

Nkechi also organized a Pre-White House event from 10 am – 12:45 that included White House staff, and many guest speakers such as Van Jones, an American political activist,

commentator, author and attorney and cofounder of several nonprofit organizations including the Dream Corps and #cut50, which hopes to reduce the prison population by 50% over the next 30 years. Also, Shaka Shakur, author of the New York Times best seller, Life, Death and Redemption in an American Prison.

This latter event was open to the press, mainly because Nkechi wanted to provide an opportunity for the press to interview attendees since the White House events were closed to the press.  CAN-DO was responsible for inviting Casey Tolan of Fusion, who was the only member of the press invited to the White House briefing because Amy Povah was on the initial planning committee for Life After Clemency and put his name on the guest list.  As a result, he wrote the following articles; the first of which was about the 61 clemencies Pres. Obama granted the same day he lunched with select clemency recipients. President Obama just commuted the sentences of 61 drug offenders—but thousands of inmates are still waiting and What It’s Like to Get Lunch With the President Who Gave You Your Freedom

Amy Povah and Angie Jenkins served time together at FCI Dublin, near San Francisco in the 90s and the

last time Amy saw Angie was when she walked out of prison after President Clinton commuted her sentence on July 7, 2000.  Needless to say, it was an honor and a delight to share a hotel suite with Angie at the AKA White House, only steps from the real White House. On March 30th, White House staff called Amy on her cell phone and instructed her to be sure and have Angie at the front gate by a specific time, so she could, (unbeknownst to either of them) have lunch with Pres. Obama that day.

Moreover, Obama’s senior advisor, Valerie Jarrett gave a speech that was sincere, compelling and convinced me that the president wants to release a good number of prisoners before he leaves office.

But Jarrett’s sincerity went beyond her speech. She stayed and took the time to speak with everyone on a personal basis. She answered questions, listened and engaged us and put up with endless photo requests.

Amy Povah also invited Jessica Lessunhop of BBC; a reporter that CAN-DO has been working with for over a year, connecting her to prisoners seeking clemency.  On March 16th, Jessica sent Amy an email apologizing for the fact she could not get her editors to green-light any of the ideas she had pitched for stories, so Amy told Jessica that some of the family members of women she had been communicating with, such as Miquelle West, daughter of Michelle West, and Trestessa Johnson and Catina Scales, daughters of Alice Johnson, would be in DC for this event.  Jessica asked Amy to connect her to the daughters preceding their travels to DC, so she could line up interviews and as a result, Inmate families hope for the mercy of a president is a phenomenal article that shined a very bright light upon a very compelling story, in particular, Miquelle West; a celebrity stylist and daughter of Michelle West who is serving a double life sentence based on the word of a murderer.

Moreover, there was a private dinner at Google headquarters in DC where everyone convened to meet, greet, eat, and watch a video presentation by CAN-DO in conjunction with Harm Reduction Productions that presented testimonials of many family members speaking about their loved ones in prison, seeking clemency, peppered with the voices of clemency recipients speaking about their own person joy and triumphs.  The video is currently on the CAN-DO homepage and may be played on Capitol Hill later in the month of April.

Check back for more updates, as we add more details and photos of the aforementioned events.