“I Got a 24-Year Sentence for MDMA My Husband Made”—Why We Badly Need More Clemencies for Women by Amy Ralston Povah for the Influence – a cutting edge publication that focuses primarily on the war on drugs. 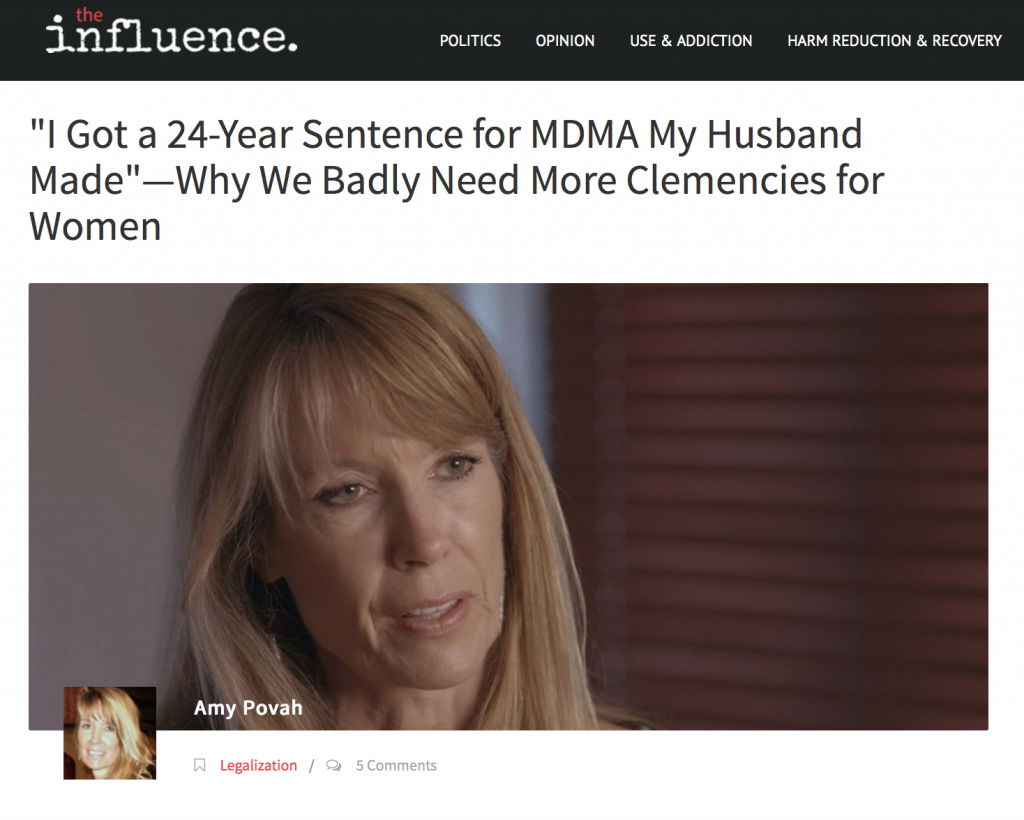 July 7, 2000 was the greatest day of my life. It was the day when President Clinton had mercy on my suffering soul and commuted my 24-year sentence to time served—after I’d languished in hell for nine years and three months. That’s what prison is: hell. And the United states, with less than 5 percent of the world’s population but almost 25 percent of the world’s prison population, is ground zero for this hell on earth.

I believe that my story and the stories of many other women like me, are a particularly brutal manifestation of this—and as I’ll explain, the clemency so far granted by President Obama to my fellow women in prison is nowhere near enough.

Read the entire Op Ed by clicking the image above.