President Obama shatters glass ceiling by granting more than 1,000 clemencies, but only 68 were women! 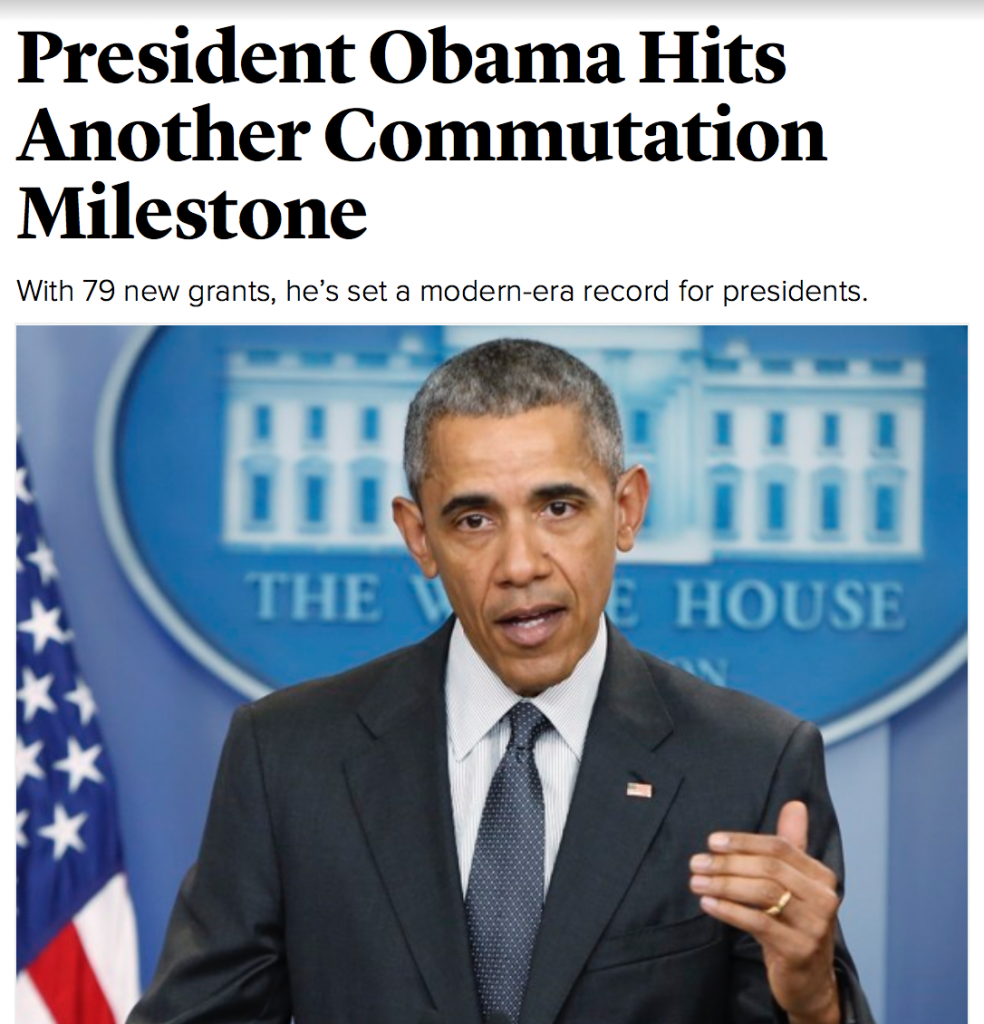 Among the recipients in the latest group are Donna McDaniel, Cindy Shank, and Lisa Ball, all of whom received support from CAN-DO, an advocacy organization that promotes the cases of women seeking clemency. Its founder, Amy Povah, served nine years for a nonviolent drug offense before receiving clemency from President Clinton. “While we are elated for everyone who received clemency today, again, only five women out of 79 recipients,” she told me. “That is not enough, given the fact that most women are in prison due to conspiracy laws that hold them responsible for the actions of their significant other, but there are very few men who are serving time due to what their girlfriend or wife was doing.’”