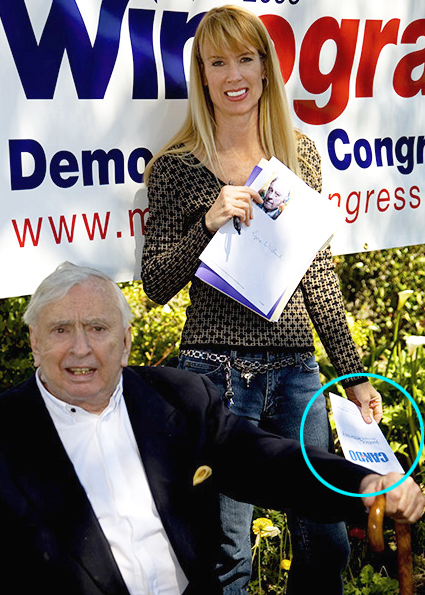 Amy spoke to the iconic Gore Vidal about her CAN-DO Foundation. Vidal was outspoken about ending the drug war and congratulated Amy on her efforts to raise awareness to the horrible plight of mass incarceration.

On August 13 -14, 2005, Amy attended the Journey for Justice Rally in Washington D.C. Friday evening, there was a reception at the City Hall building. Amy brought a huge collage that the WOMEN OF PEKIN made for CAN-DO and displayed it at City Hall the night before the rally.

“What a shameful legacy for a country that espouses to be the ‘Home of the Free!’” said Amy, when she was interviewed by a documentarian Friday night. “I’m here to represent the many women I left behind, because they don’t have a voice and I could easily be in prison if I hadn’t been one of the lucky few to receive clemency.”

Amy holding a poster of Danielle Metz before the event.

Amy brought posters of the many women who have clemency petitions filed with the Pardon Office and who are presently on the CAN-DO website. Each poster displayed the face of a woman seeking mercy through clemency. 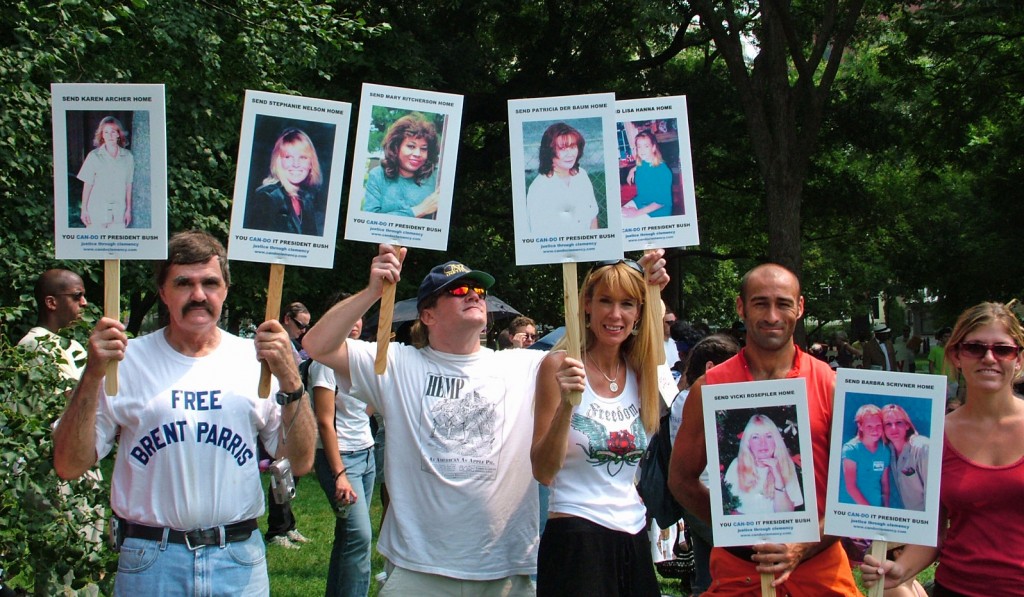 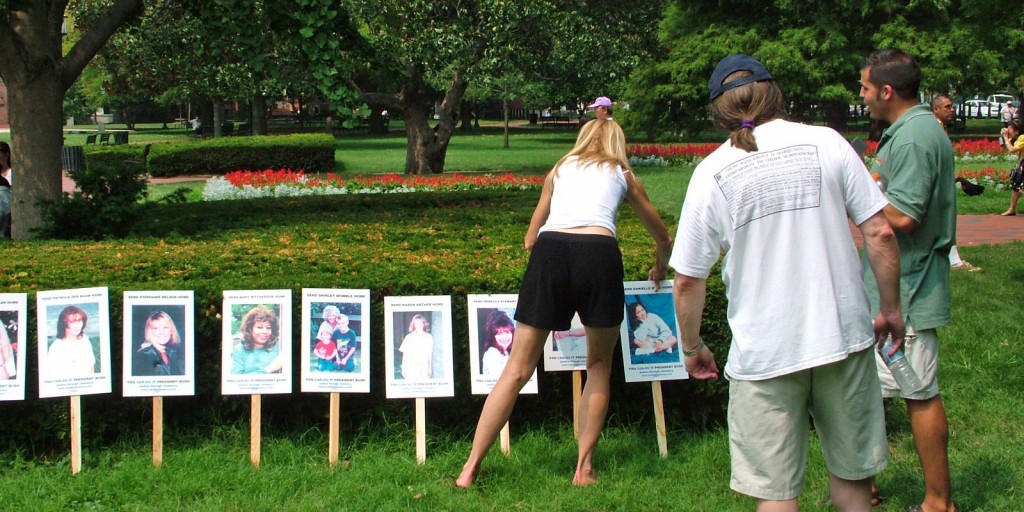 Roughly a thousand people showed up in Lafayette Park on Saturday near the White House to protest this country’s reliance on mass incarceration as a way to battle drug abuse. The War on Drugs has caused incarceration rates to escalate to the point it has crowned the United States as the country that imprisons more people than any other country in the world.

Nora Callahan made a powerful presentation by putting faces on cardboard cutouts that was displayed directly in front of the White House. www.november.org