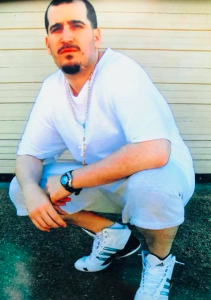 Name: Michael Chancellor
Race: White
DOB:  08-05-1985
Age: 33
Raised: Texas
Tried: Eastern District of Texas
Will Live: Texas
Charge– Conspiracy to Possess with the Intent to Distribute Marijuana
Year Arrested 2013
Year Sentenced 2015
Priors: First Time Offender (POT)
Sentence 188 Months
Release Date December 2022
Current Federal Prison: FCI Texarkana Camp PO Box 7000 Texarkana Texas 75505
Prison Conduct: Role Model Inmate with no write-ups ever
Prison Accomplishments:  Michael has been a role model inmate since being incarcerated, with no write-up’s.  Michael attends church regularly which has helped him grow as a person.  He has also worked several different jobs and is always told by his supervisor what a hard worker he is.  He has taken several courses, certifications, and programs since being in prison, Michael has used his time to learn a variety of skills he didn’t have prior to being incarcerated.

Courses Completed: Michael has completed several courses and certifications since being in prison.  Included are:
Reading is Fundamental
How to Finance a Small Business
Job Search Techniques
Federal Deposit Insurance
Parenting & Fathering
Family Relations
Handling Emotions
Being a Man
Motor Learning Class
Health Fair Various Topics
Anatomy Class
Managing Diabetes Class
Physiology
According to Michael
The first thing I want to say is I regret the pain and suffering I have caused my fiancé, my mother, grandmother, and many other loved ones.  Although I have had a lot of support from my family since being in prison, I have missed out on so much.  Not only has my own father passed away since I have been in prison, but I have lost many other loved ones.  It truly makes you realize how precious life is when you don’t have freedom anymore.  I miss the times with my younger brother who was only 4 when I went in, he is 9 years old now.  I want to be able to get out and help him grow into the man God intended him to be.  We have always been very close, although he was so young when I was arrested we have maintained our bond as much as we can from prison and housed 1200 miles away from each other.

Michael believes he deserves clemency
When I return to society I not only have a job waiting for me working with rebuilding custom cars, something I was always interested in, my fiancé who is a registered nurse is ready to pick up our life together.  We have been together for 16 years since we were in high school, and she has stayed by my side through this nightmare.  I have also used this time in prison to get healthy, I try and not only eat as healthy as I can but I also work out every day.  I have realized I have a passion for fitness, and would like to pursue my certification and education in fitness training.

I also want to give back to society, I want to speak to young men about the consequences of their choices.  I want to be there for the younger generation not only in my own family but for other families as well.  If I can prevent youth from going to prison by what I have experienced it is worth so much to me.  I know I have learned from my mistakes and I am asking for a second chance to share that with others.