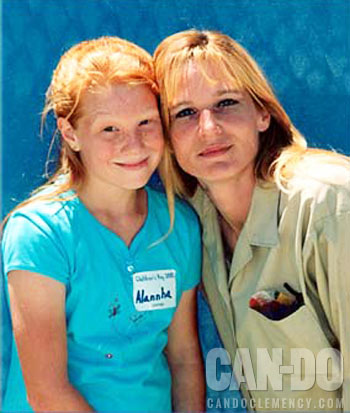 Although it’s LONG OVERDUE – we could not be happier to hear that someone so deserving was finally rewarded with leniency after serving 21 years!

Today, the Associated Press reported that:

“The White House said the eight new commutations Obama granted were for prisoners who likely would receive a substantially lower sentence today and would have already served their time. For example, they include Barbara Scrivner, who was sentenced to 30 years in 1995 when she was 27 years old for a minor role in her husband’s meth ring. Obama ordered her sentence to expire June 12, while others will expire April 15.”

We were perplexed as to why Barbara would have to wait until June to be released, but even more good news.  Barbara emailed CAN-DO and said the Warden is already working to get her assigned to a half-way house by the end of this month!

CAN-DO sent Barbra a large box of clothes, Malik King (CAN-DO prison outreach coordinator) donated a laptop to Barbra and Amy Povah got to spend time with Barbra in Washington DC, when Barbra attended a CAN-DO vigil in front of the White House to support clemency for the women they left behind. 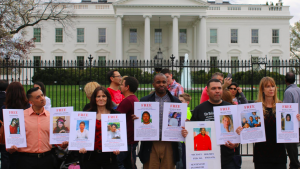